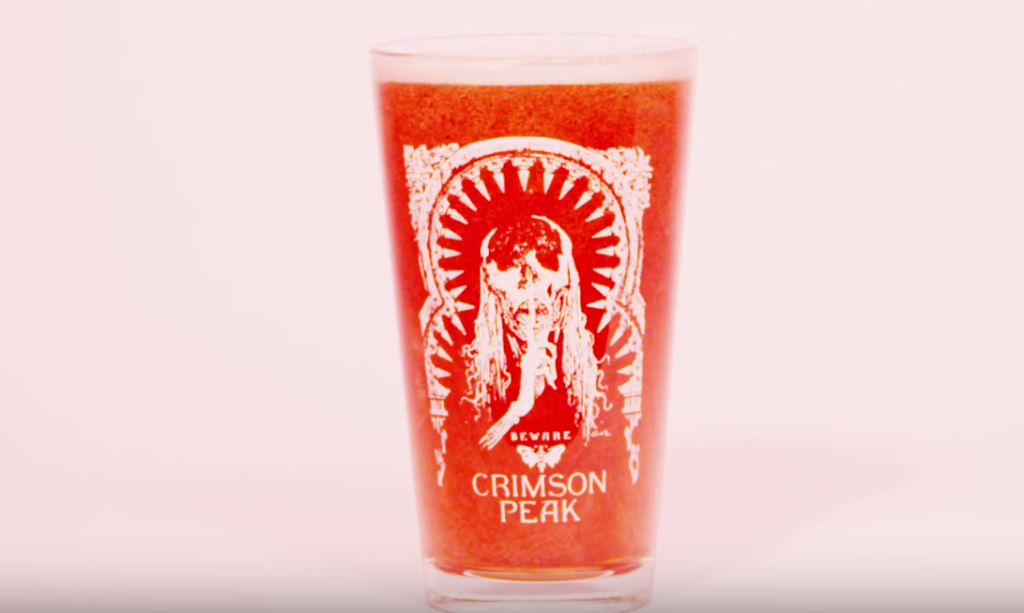 I’m not entirely sure the impeccably dressed mansion-dwellers of Crimson Peak would guzzle beer as their beverage of choice, but I think it’s a reasonable certainty that patrons of Alamo Drafthouse cinemas do, so the chain is teaming up with Firestone Walker brewing to make a red beer available not just at the theater chain, but in stores as well – with a Mondo collectible glass while supplies last. In the spirit of Guillermo del Toro, I would hope it could be served with a “Pacific Salt Rim” on the glass, and deliver a hangover that feels like hell, boy.

[As I have not actually seen Crimson Peak, it is possible I may find Mr. Hunnam’s performance simply delectable. Unlikely, but possible.]