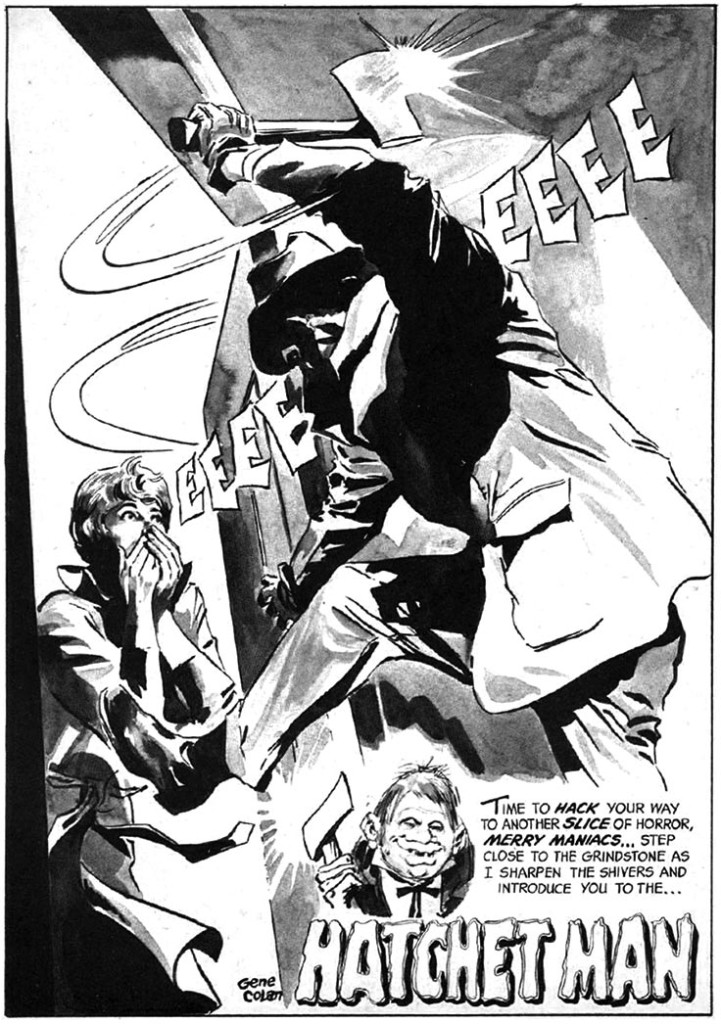 Known for working on characters like Daredevil, Namor and Captain America, Gene Colan must have blown away plenty of readers who picked up Eerie #4 in 1966. Told in the kind of jagged, angular panels that would become a mainstay in the 90s, “Hatchet Man” keeps the reader on edge from the first glance. Of course, an amazing Colan splash page of a murderer kicking a door in while swinging a hatchet over at his next, shrieking victim doesn’t hurt either. From there we discover that this serial killer is still on the loose and inspiring copycats like Harvey who want to get rid of their wives. In one of the more twist-filled endings, though, it comes to light that Harvey might be closer to the murders than originally thought.

Thanks to the angles, beautiful grayscale tones and Colan’s ability to get the most out of his characters’ facial expressions, this somewhat complicated psychological thriller written by Goodwin gets elevated to an even higher level. Colan must have enjoyed horror books because he went on to co-create Tomb Of Dracula at Marvel and Blade, unfortunate costume and all. 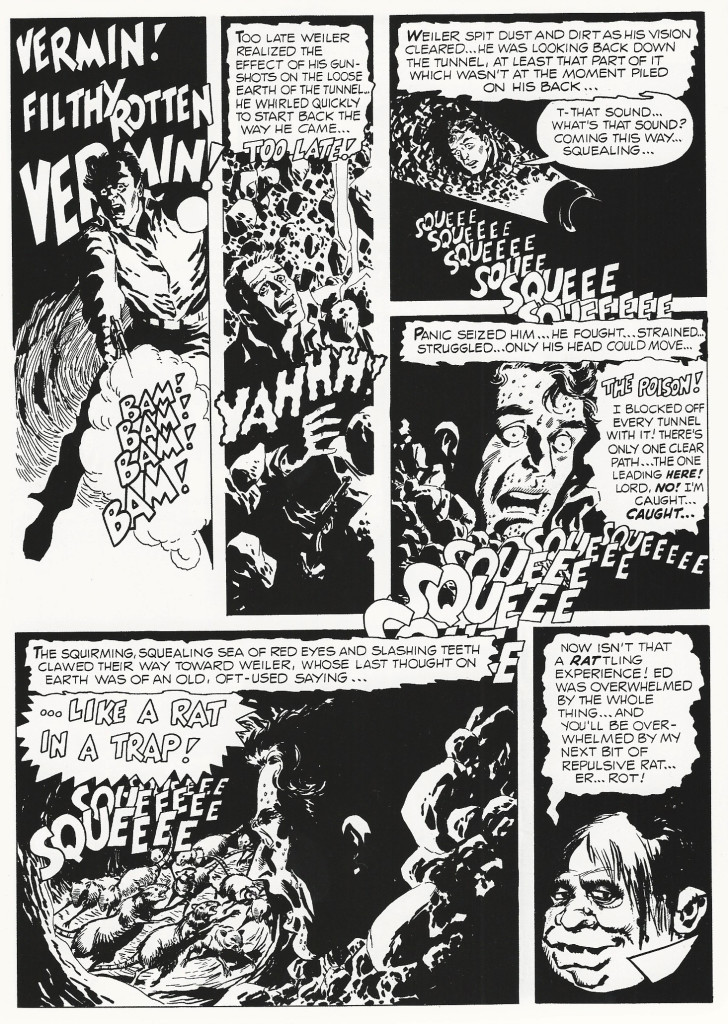 Creepy crawlies often find their way into horror stories. Whether bugs are pouring out of walls or snakes slithering over hapless sleepers, these moments tend to make our skin squirm. For Dr. Hahn and his assistant Ed, the stars of Ron Parker and Rocco Mastroserio’s “Gnawing Fear,” their most hated creatures are rats. So detestable are the rodents to these two men that they want to eradicate the animals from existence with a pesticide they’re perfecting.

The rats themselves don’t take too kindly to this plan and decide to get together and kill the good (or bad) doctor. In an effort to find out what’s going on, Ed wanders into a dark cavern leading from the basement, but covers the entrance with their patent-pending poison. He repeats the process at several forks in the path and finally finds the partially eaten corpse of his mentor. Firing wildly at the oncoming vermin, Ed causes a cave-in that traps him. While struggling in the dark, the folly of his plan comes fully to light: by putting poison in all those places, he basically gave the rats one place to go: straight at him. While Ed clearly made poor decisions for himself, he at probably gave those rats a nice meal before the poison did its thing. 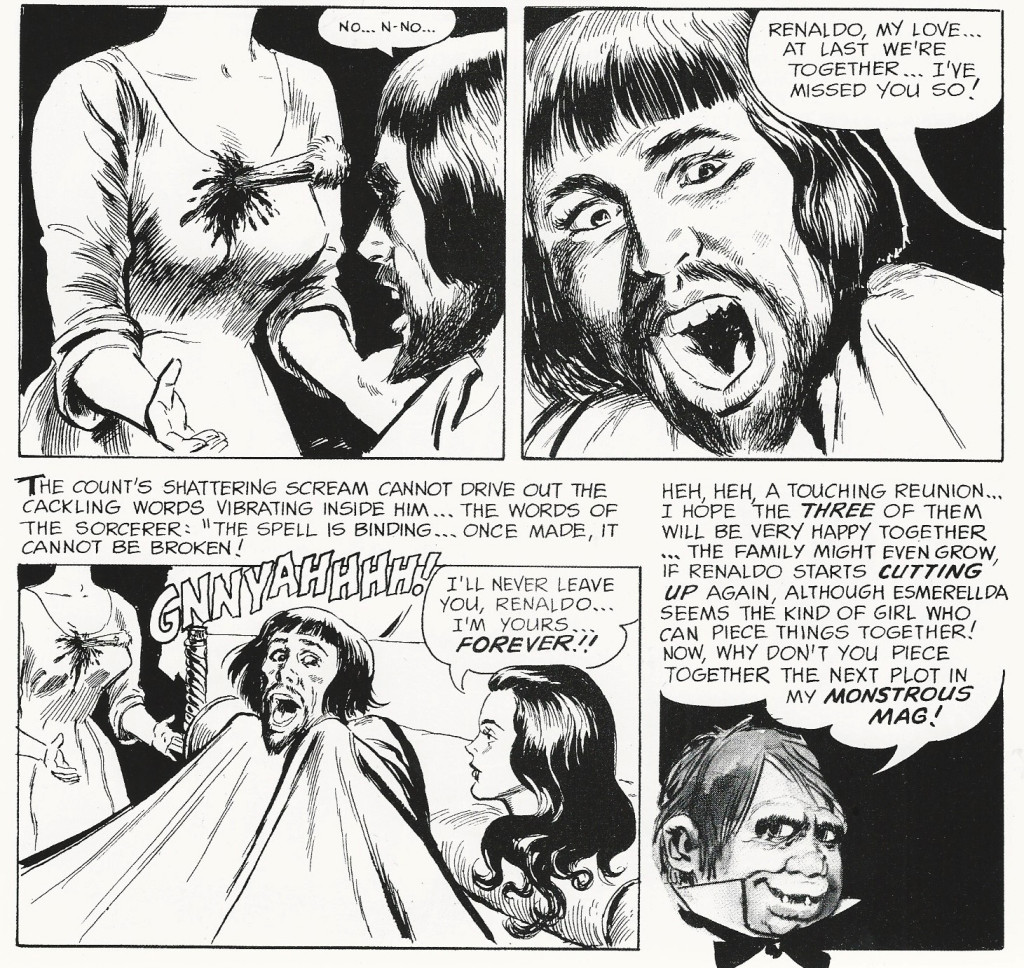 Horror films often rely heavily on how well the actors sell the fear they’re supposed to feel. It’s a very simple way to convey to the audience that whatever is plaguing the characters is worthy of terror and anxiety. The same can be said of horror comics, which puts much of the story’s weight on the shoulders of the artist. In the case of “Undying Love,” Donald Norman is more than capable of drafting this Goodwin-penned 15th century tale of Count Renaldo and his use of a love spell to make Esmerellda fall for him…forever.

Renaldo’s timing stinks, though. As soon as he gets back he discovers that Esmerellda has been killed by a vampire. Turns out the spell still works and she’s into him even as a member of the undead. It also turns out that being married to a vampire isn’t all it’s cracked up to be, so he puts a stake through her heart and chops her head off. Much like the ape in the earlier story, Esmerellda reappears in two parts, which wasn’t much of a surprise, but the look on Renaldo’s face as he realizes what’s going on is just the best.  This panel needs to be turned into a meme immediately. 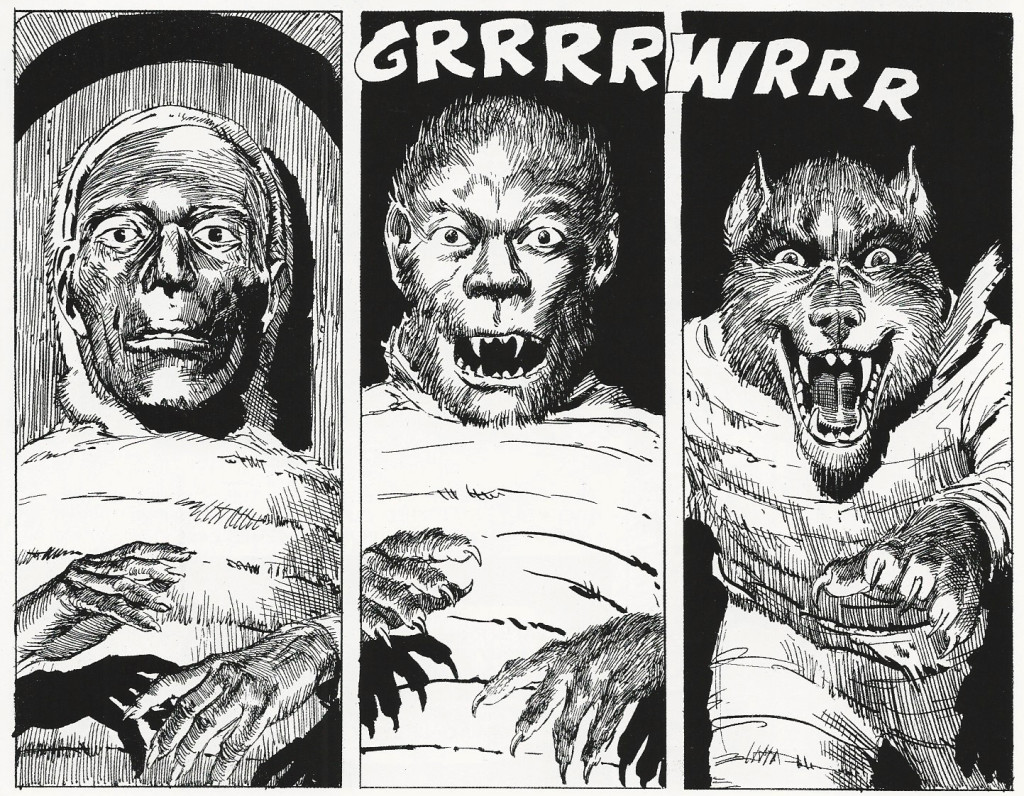 Any time one of the classic monsters appear in a story like this, your mind starts racing through all of the previous versions you’ve seen in various places. In the case of “The Mummy Stalks” written by Orlando and Roy G. Krenkel with art by Reed Crandall, though, there’s a lot more going on.

After a museum security guard gets murdered in the Ancient Egypt exhibit, the beats seem pretty obvious, but as the local inspector locks himself in that wing with a professor looking for a regular killer, we’re introduced to the mummy of King Harat. What makes this walking pile of bandages so unique? He’s actually a werewolf! The Egyptians wrapped him up and entombed him as a way of keeping him from terrorizing their era. So, to recap, on the plus side, Egypt gave us ancient knowledge, but also a monster mash-up. That still seems fair. 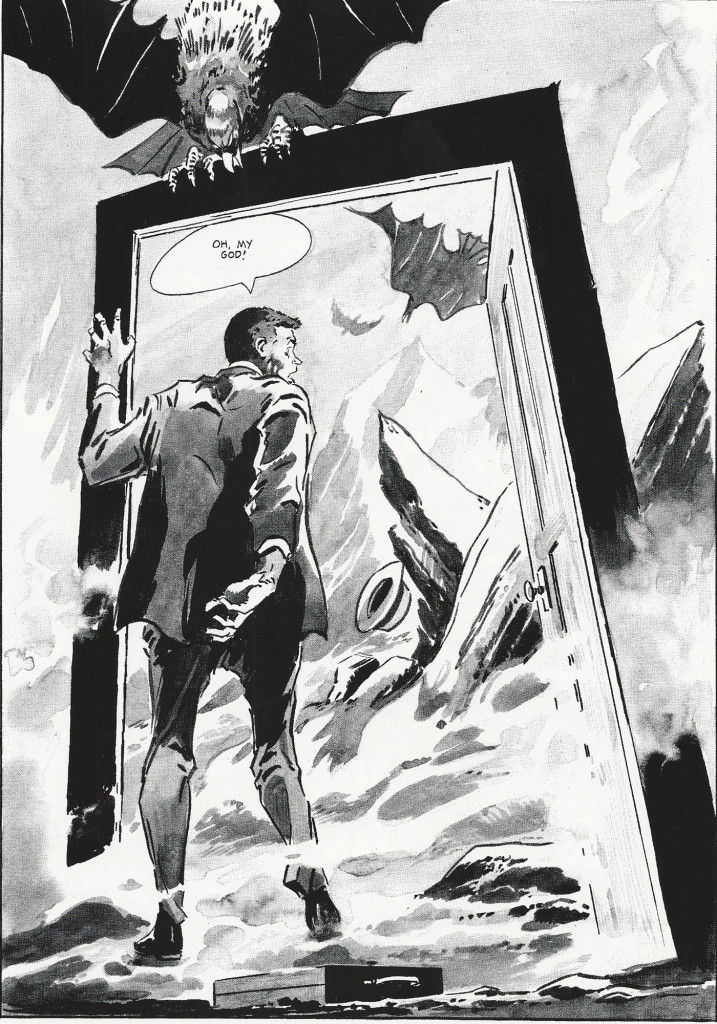 Let’s close things out with one of the best stories in the whole collection: “A Matter of Routine” by Goodwin and Colan. This one’s a swirling batch of craziness starting with the most mundane thing in the world: a man named George Simmons commuting home on the train. Normal goes right out the window when George gets home, walks through his door and finds himself wandering a surreal hellscape.

After being chased down and captured by silent demonic entities, George is held down on a table, about to be hacked to pieces when another being shows up, flips through a tome and realizes that a screw-up brought George to this place too early. As George runs away after being freed the haunting words “we’ll have him for good soon enough!” trail after him. The next thing the man knows, he’s back on the train, but once he gets home, he wonders what might be on the other side of the door, hoping it’s the usual: his (we assume) unfulfilled wife and bratty kids.

“A Matter of Routine” and the rest of these tales perfectly exemplify how great a horror anthology comic book story can be. Twilight Zone is famous for playing with so many kinds of stories, but even they had budget restrictions. Colan, Goodwin and the rest of the Eerie gang were only constrained by their imaginations and deadlines.

The 10 Best Stories from the Early Days of Creepy