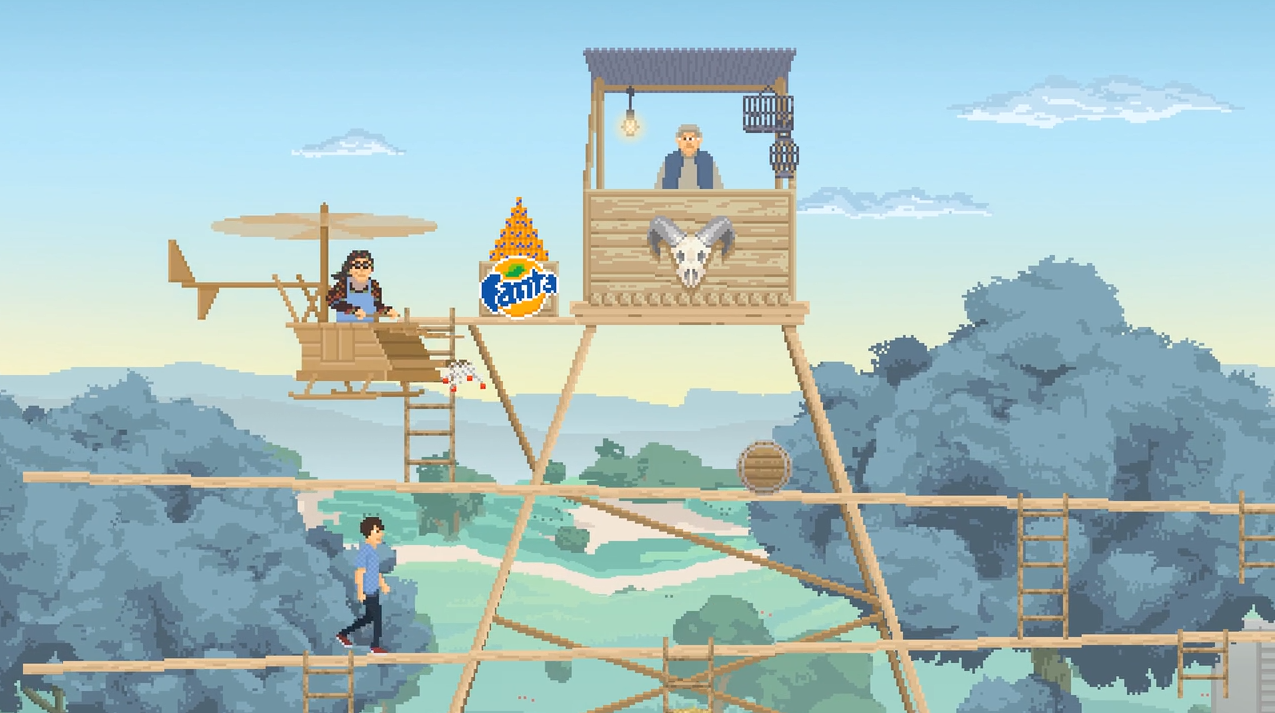 “Okay, so – it’s like Donkey Kong, except on a farm, and the evil farmer looks like a retired and fat Ernest P. Worrell, and he has a bunch of Fanta Orange soda instead of your girlfriend, and rather than having a hammer as a power-up, you get to take selfies, which pause all the dangerous stuff, rather than making you more likely to die from it, as in real life.”

“Also, a Batman game that totally doesn’t violate any copyrights because it’s not actually about Batman.”

The third one’s not as wacky fun, but it does have Old Ernest in it again. Check it out at I.A. Magazine.