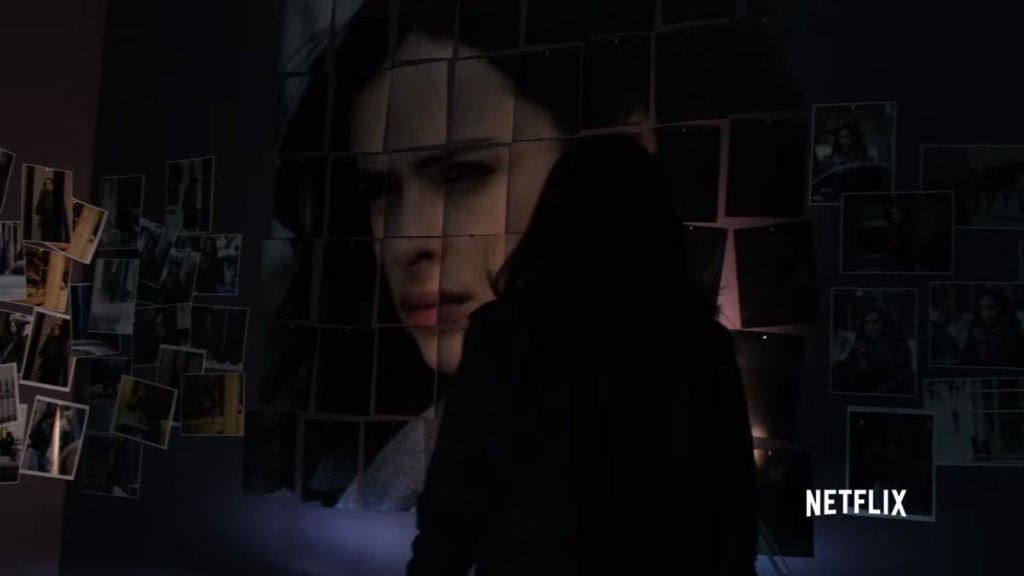 Following a series of short teasers that emphasized the humor – she’s a drunk with super powers! – the full-length trailer for Marvel’s new Netflix series is not backing down from the darker aspects of the comics, making it damn clear she’s an abuse victim still in thrall to a villain whose very basic yet effective power is to be able to tell people to do whatever he wants. That he’s played by David Tennant is a bit of brilliance – an actor best known for playing a character with powers of a sort who arguably “abducts” female companions with their consent.

While I’m not inherently crazy about the fact that Marvel’s (oops -second. Agent Carter slipped my mind because very little in it was memorable) live-action, female-led anything (unless you count Agents of SHIELD, which was initially promoted as a Clark Gregg vehicle) is about someone who has been victimized, it is both true to source and a character we probably never expected to see head up a show, and the fan in me sees both of those as positives. Looking forward to checking it out.