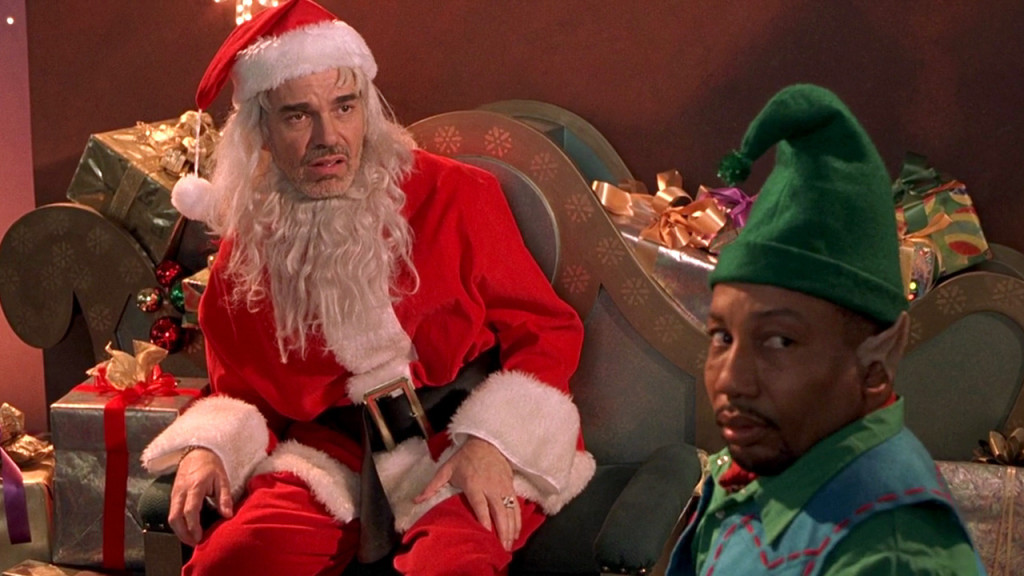 This is a sequel I can get behind – gleefully drunk criminal mall Santa played by an actor who might genuinely be that guy in real life if he weren’t famous. I can totally relate to that except for the famous part being replaced by “employed.”

Thornton is the only returning talent officially announced as yet – no word on whether Tony Cox, director Terry Zwigoff or former child actor Brett Kelly will be back yet. But given that a dozen years have elapsed, one presumes that the story will pick up with Thornton’s Willie Soke being paroled, and falling back into patterns of bad behavior.

Miramax® will partner with Broad Green Pictures to co-finance and co-produce. Broad Green will distribute BAD SANTA 2 theatrically in the U.S. during the 2016 holiday season. Sierra/Affinity will handle foreign sales with sales starting at the upcoming American Film Market (November 4-11, 2015).

“We’ve been waiting far too long to see Billy Bob’s Willie Soke mess with the holiday season in his own unique way,” said Zanne Devine, Miramax’s EVP of Film & TV. “We couldn’t be more excited to partner with Billy Bob, the entire creative and producing team, and Broad Green and Sierra/Affinity to bring back the outrageous humor and characters that made this movie brand iconic in the first place.”

“Bad Santa has been a part of our family holiday tradition ever since we all saw it together at our neighborhood theatre,” said Broad Green Pictures CEO Gabriel Hammond and CCO Daniel Hammond. “We are excited to bring this memorable character and new chapter back to the big screen.”

David Thwaites will oversee the project for Miramax® and Victor Moyers for Broad Green Pictures. Principal photography will commence in January 2016 in Montréal, Québec, Canada.

The deal was brokered on behalf of Miramax by Steve Hutensky and WME Global; Christopher Tricarico, EVP, Business & Legal Affairs and General Counsel, and Marc Danon, President of Acquisitions & Co-Productions, handled for Broad Green. Thornton is repped by WME.