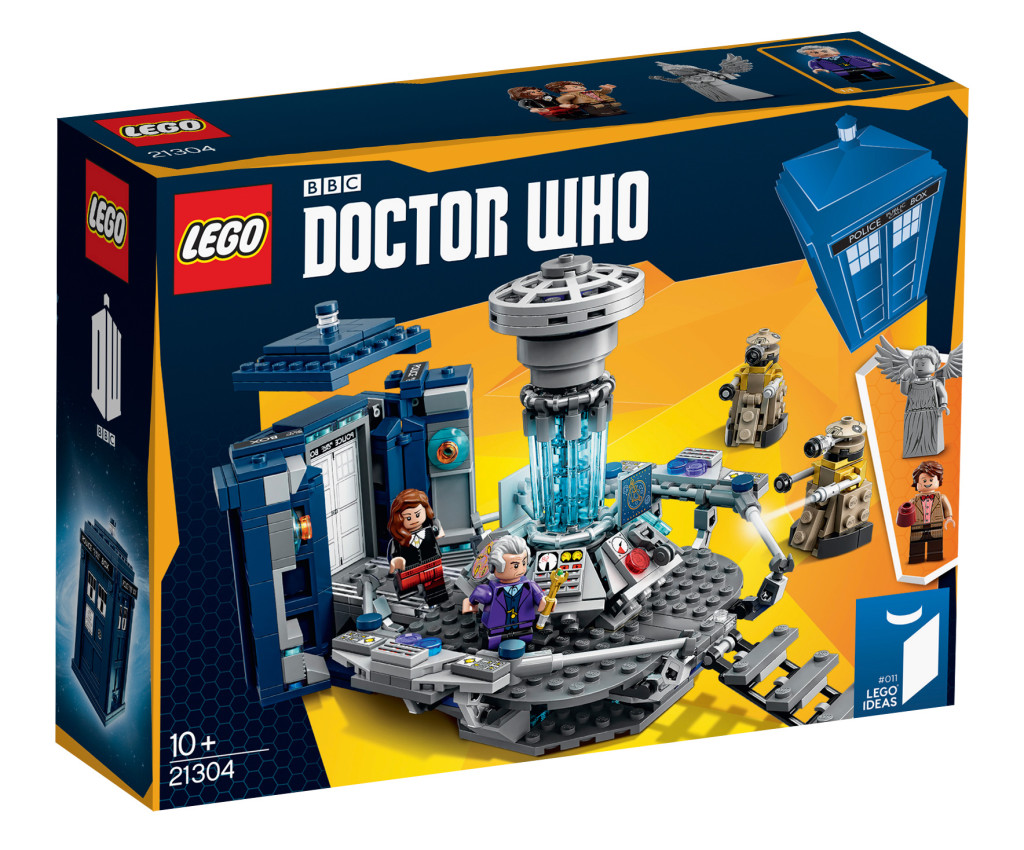 Other publications have been showing early proposals and acting as if they were the final product, but this is the real deal. Li’l Matt Smith even comes with a Fez, though you can’t put it over his hair. Legos are cool. (Yes, I know “Legos” isn’t correct terminology. Deal with it.) You also get Clara, a Weeping Angel, two Daleks and a TARDIS that can either fold up to be the exterior, or open out to attach to a larger interior.

It’s not quite up to the minute enough to include sonic shades, thank goodness – the screwdriver is still in effect. Not everything the Doctor likes is cool, especially if it’s Steven Moffat writing it just because he can.