Menu
Home
>
Cartoons
>
Mattel Now Wants a Dino-Riders Movie, as Do I 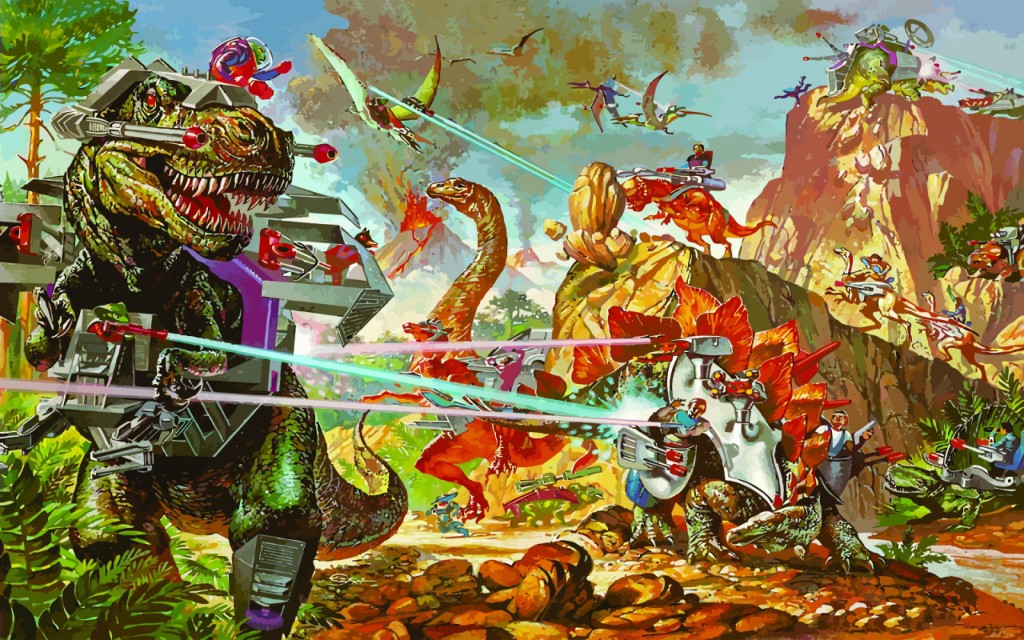 We should caution that “want” and “have” are two very different things. Mattel has supposedly wanted a new Masters of the Universe movie for as long as this site has been in existence. The story so far is only that one is in development and they’re looking for writers, but no studio is even attached.

The Dino-Riders toy line was short-lived, probably because it centered on two ridiculously huge and elaborate toys – a brontosaurus and tyrannosaurus bristling with removable sci-fi weaponry and with action figures included. There were smaller sets, but they were lame – the big expensive ones were what caught the eye, and probably cost too much for an unfamiliar brand. “Good” dinosaurs – usually herbivores – were ridden by space-humans called Valorians as peaceful allies, while “bad” dinosaurs (carnivores) were ridden by the alien Rulons, who utilized brainwashing helmets for control.

I presume we all notice that in a pre-Christian world, one of the heroes just said, “Put this in your Easter basket, Krulos!”

Like many toy lines in the ’80s, it had a tie-in cartoon to try to sell product, and Peter Cullen and Frank Welker wound up doing the lion’s share of the voicing. It lasted 14 episodes – all of which you can watch right now.

Anyone else think Hasbro needs to set up a rival Bone Age movie?

(Yes, that was a real thing – but what Adult Swim does not tell you is that the skeletons came apart and could be rebuilt into vehicles.)