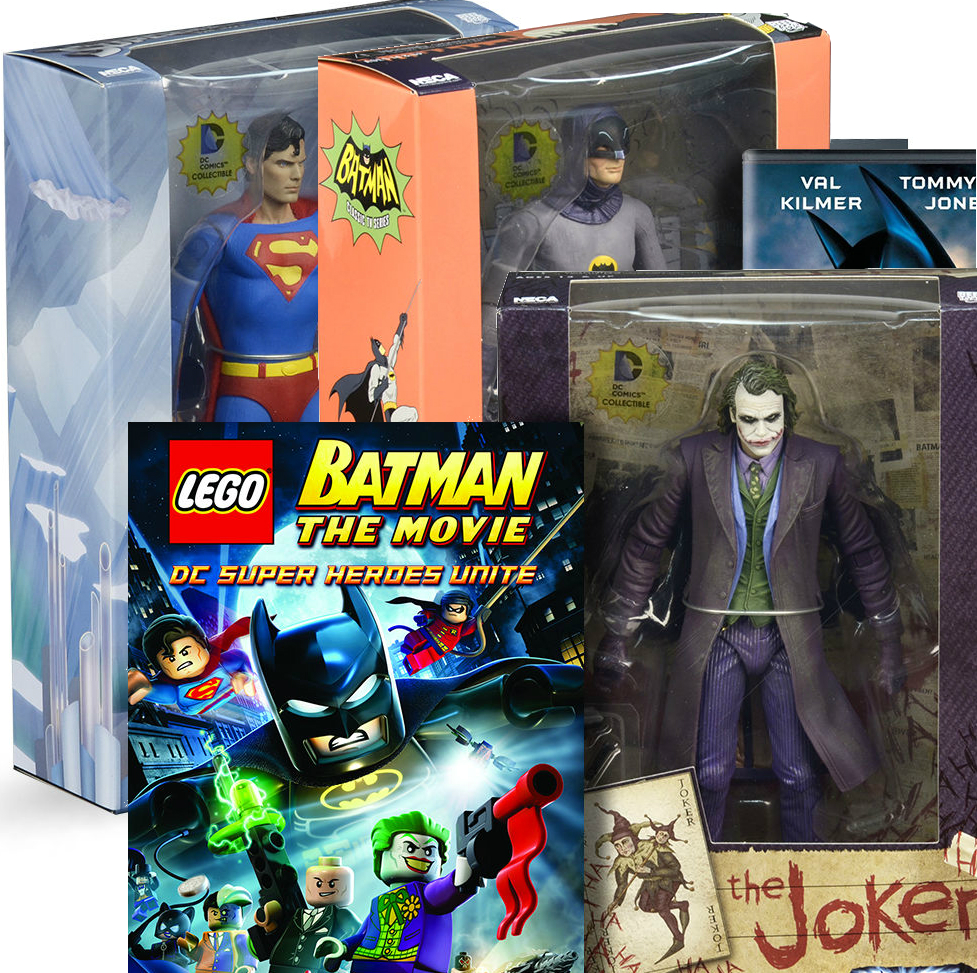 Remember how NECA exploited a loophole that would allow them to make a 7″ Michael Keaton Batman so long as it was strictly classifiable as DVD promo item?

They’ve done it again. And just so you’ll have an easier time of finding the Heath Ledger Joker, Christopher Reeve Superman and Adam West Batman, they’re being packaged with DC DVDs they weren’t necessarily in. Like Ledger, above, coming with Lego Batman. Or West coming with the Tim Burton Batman film he was not a fan of. There will also be 7-inch Extreme Heroclix figures packaged with some of the same discs.

Some of these are even available on eBay RIGHT NOW! Others will be coming to Toys R Us. Combos will be $29.99, which is basically a convention exclusive kind of price, unless you really want the disc too, and then it’s a bargain. You can always use the DVDs as coasters if you don’t want to watch them too.