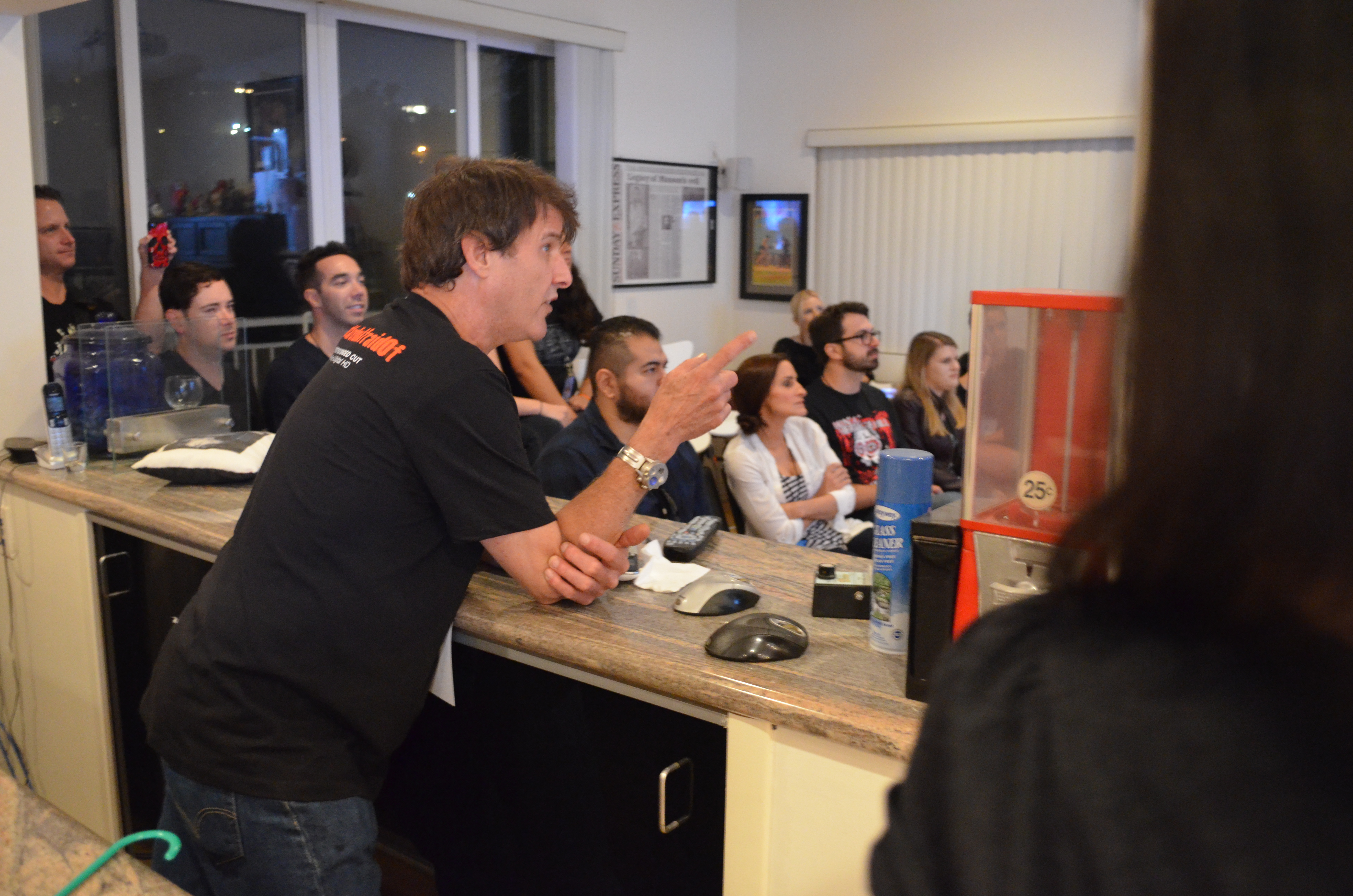 David Oman, owner of the house that might be haunted. (Credit: Twentieth Century Fox)

I’m not convinced that the spirits of former humans are inhabiting earth and trying to communicate with us. I’m not a stick in the mud either. I enjoy playing with Ouija Boards, but, to me, it’s just a game. I like a good spooky tour too, like the Winchester Mystery House in San Jose. Part of me wants to believe in ghosts, but I just can’t do it whole-heartedly. I have a hard enough time wrapping my head around any concept of an afterlife – the word “eternity” instantly fills me with anxiety – let alone one where we’re still roaming this world.

In spite of my skepticism, I ended up in Benedict Canyon, a posh neighborhood in the hills that overlook Los Angeles, wandering through a three-story house in search of the ghosts that may or may not haunt it. The event was to promote the DVD/Blu-Ray release of this year’s Poltergeist remake. The house, however, has nothing to do with the movie. It’s not connected to a murder either, although it is exceptionally close to the former site of one of the most notorious murder houses in Los Angeles.

1. Prepare For the Ghost Hunt With a Movie. 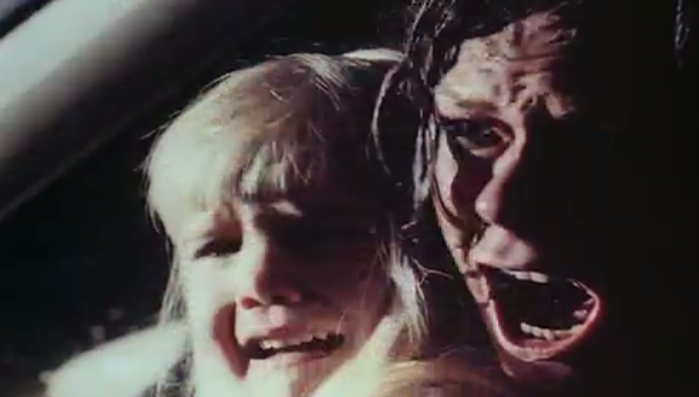 This screencap from Poltergeist is scarier than the movie.

To prepare for my ghost-hunting adventure, I re-watched the original Poltergeist before the event. At some point in time, probably in the 1980s, I thought that ghosts coming out of the television set were scary. Maybe they weren’t as terrifying as monsters popping out of the toilet, but TV-trapped ghosts were definitely on my list of things that scare a grade-schooler. Poltergeist doesn’t strike me as particularly frightening anymore. Honestly, the creepiest thing about this movie is that the construction dudes catcall a 16-year-old girl at her own home, she flips them off and her mom laughs off the scene. I’m still shivering over the fact that the mom was more irritated when one of the guys drank her coffee then when they sleazed-out over her teenage daughter.

Maybe some people still get a good scream out of Poltergeist. I don’t. I want to believe that, if ghosts were to exist, one could reason with them. It wouldn’t be quite as dreadful as dealing with a kid in need of an exorcism or murderous birds. However, if the ghosts were to get all weird, the results with be absolutely traumatic and shit would probably go down in an isolated hotel during a snowstorm. In other words, if the cinematic haunting isn’t The Shining, it probably won’t scare me.

2. Brace Yourself for a Spooky Drive. 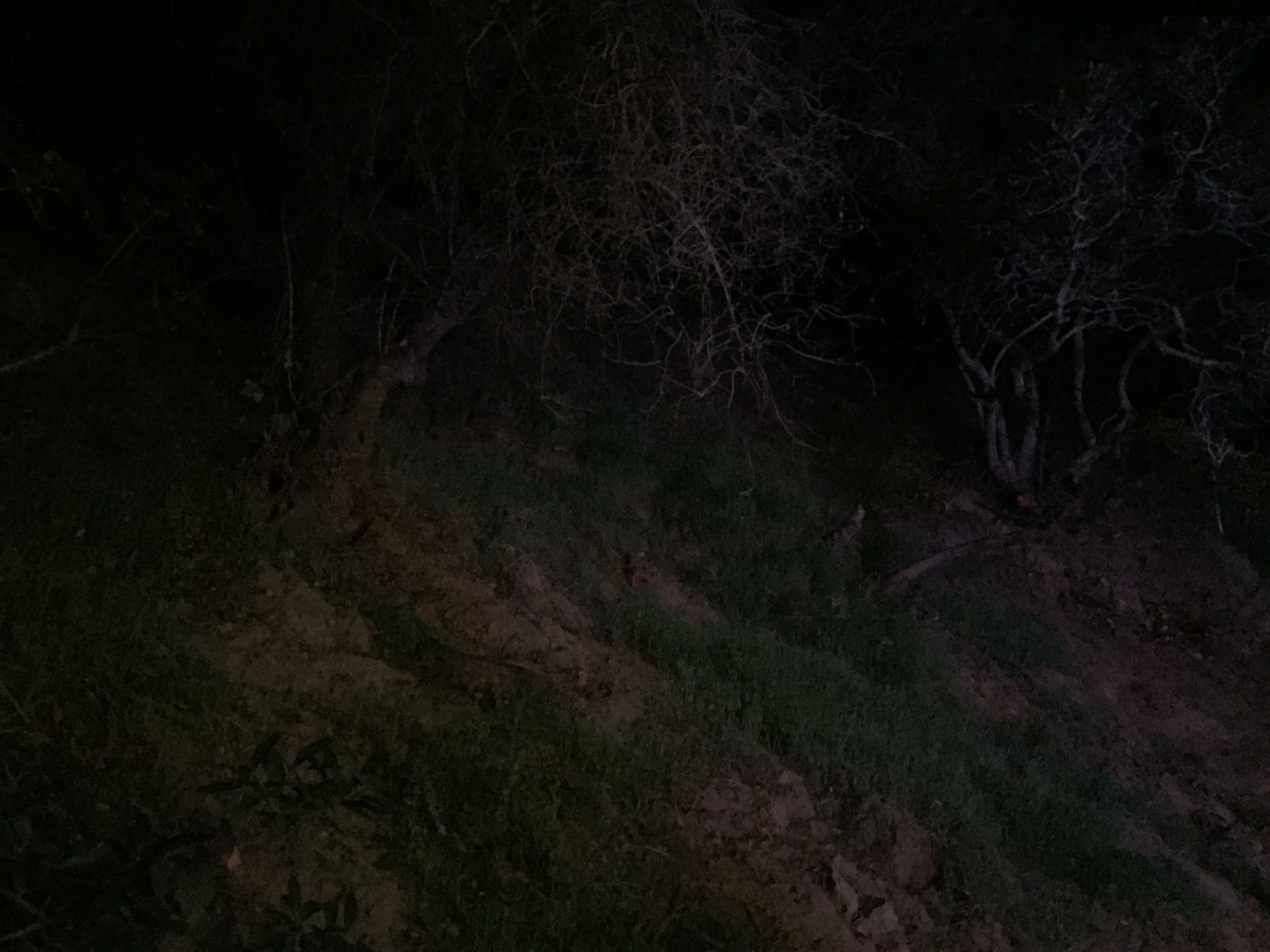 Poltergeist didn’t spook me, but the drive to the haunted house did. I headed deep into 90210, where the sprawling homes are illuminated by little more than the lights of passing cars. On Benedict Canyon, the road narrows and winds. It becomes harder to see the street signs, so I slowed down, only to anger the drivers behind me. At least two honked and passed. I missed my turn and ended up on a tiny side street heading somewhere up the hill. I don’t understand why the owners of L.A.’s fancy, hillside houses are so averse to light. This is real horror movie turf- pitch black and about as close to wilderness as you can get while still technically being in the city.

Eventually, I found the parking destination and hopped aboard a shuttle that takes us deeper into the hills. With a few other travelers, we landed in front of a house on a dark, spooky street whose name will ring familiar with anyone interested in true crime.

3. Head to a House in a Neighborhood with a Notorious Past. 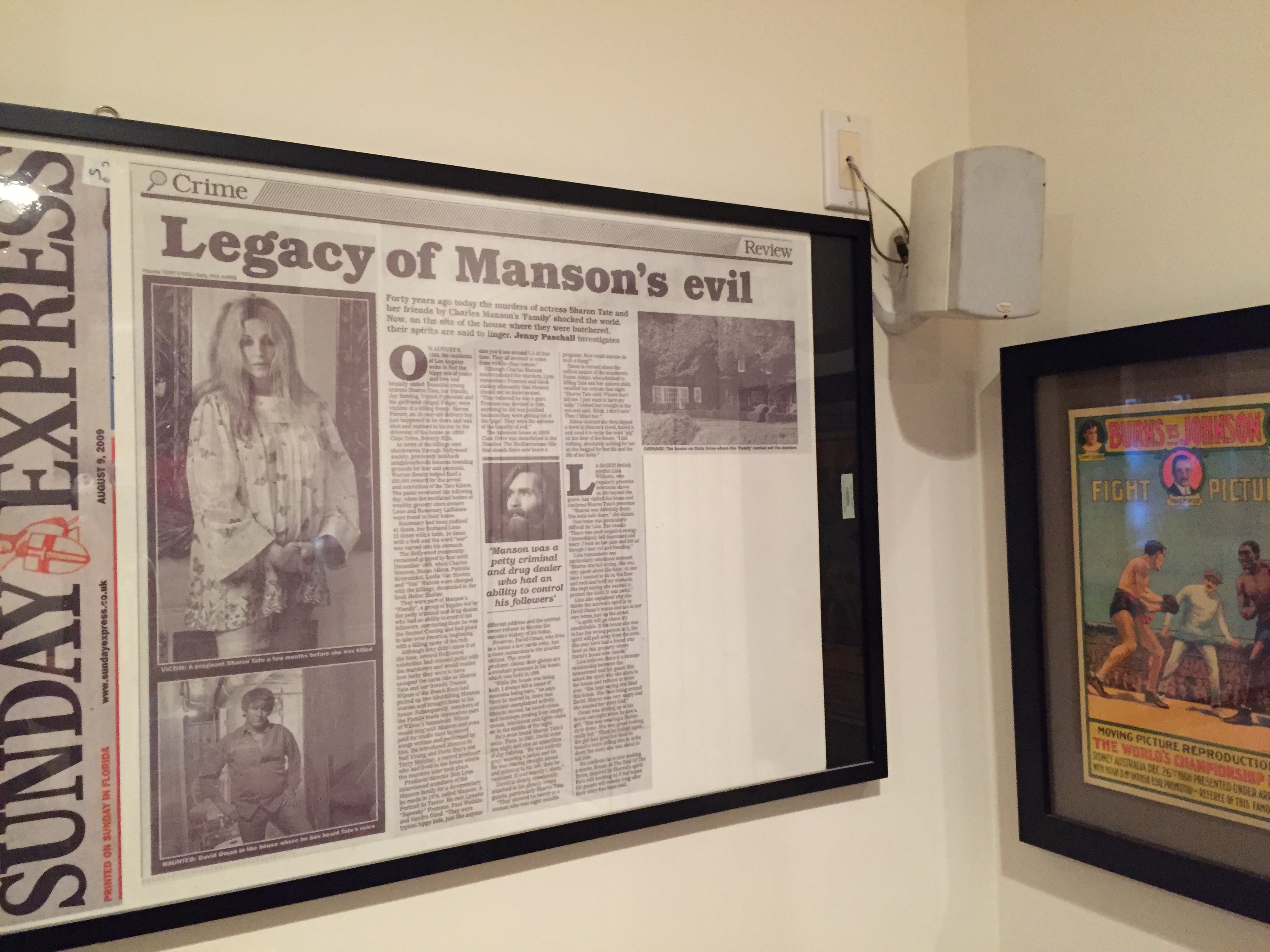 The Oman House is near the spot of a grisly murder.

In 1969, Cielo Drive was the location of a grisly murder scene. Not far from where we were standing, followers of Charles Manson broke into a home and killed five people, amongst them pregnant actress Sharon Tate. I shiver at the thought of this neighborhood’s history, not because of the possibility of ghosts, but simply because I cannot comprehend how people could do something so awful.

The house remained for years after the murders, infamy surrounding it. It wasn’t until the 1990s that it was torn down, a new one built in its place, and the address was changed. We weren’t visiting the scene of the crime. Instead, we headed over to neighbor David Oman’s house.

If you follow paranormal adventuring, you’ve probably heard of Oman. His house has appeared on various television shows and his claims of hauntings have been covered in a number of media outlets, including The Robot’s Voice’s sister publication L.A. Weekly. He also wrote and produced a film inspired by the purported hauntings called House at the End of the Drive. Inside the small home theater, there are newspaper clippings related to Oman’s story hanging on the wall and a copy of Helter Skelter on the bookshelf. There’s also a lot of Beatles memorabilia hanging from walls and tucked into corners. Briefly, their song “Helter Skelter” was stuck in my head. Then I started thinking about Charles Manson and got a little spooked.

4. Start Checking Out the Evidence.

After appetizers and drinks, the guests broke up into small groups to tour the home and search for evidence of sprits. My group stayed in the theater where Oman gave us a rundown of his evidence of apparitional activity. It’s obvious that Oman has an interest in ghost stories. There was a collection of Beetlejuice figures (along with a Handbook for the Recently Deceased), in the room as well as a Funko rendition of Ghostbusters character Dr. Raymond Stantz.

Oman flipped through digital photos and wav files. He said that people started noticing unusual happenings back when he was building the house, more than a decade ago. He mentioned random voices and noises and added that the figurines on top of the aquarium in this room tend to fall over unprovoked. He showed us photos marred by strange streaks of light. There were a few images where blurs resemble Star Wars holograms (I’m not convinced that this is anything more than lighting issues). He played an audio file and told us that we would hear someone utter the word “silent” in the background. After several plays, I finally heard it, but maybe that’s just because I knew it was coming.

Oman told us that the spirits aren’t to be feared. “They’re not here to threaten us,” he said. “They’re here to communicate.” Sound advice, but I was still certain that I wouldn’t be interacting with any creature from beyond.