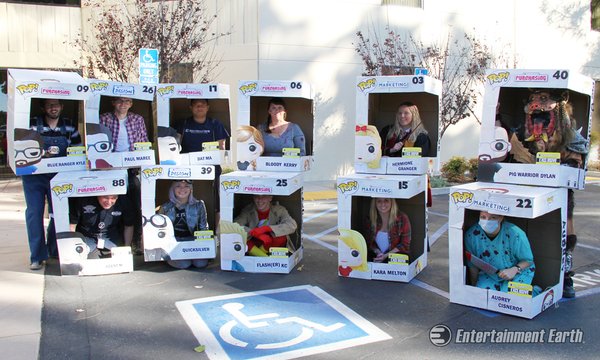 I was waiting on a video to post, but it’s taking longer to upload than it did to shoot and edit for some reason. So have at it yourselves, and maybe I’ll post that bit of nuttiness over the weekend sometime.

My favorite nerdy costumes so far have been the Entertainment Earth staff as Funk Pop Vinyls, but then I ma the perfect target to appreciate them.