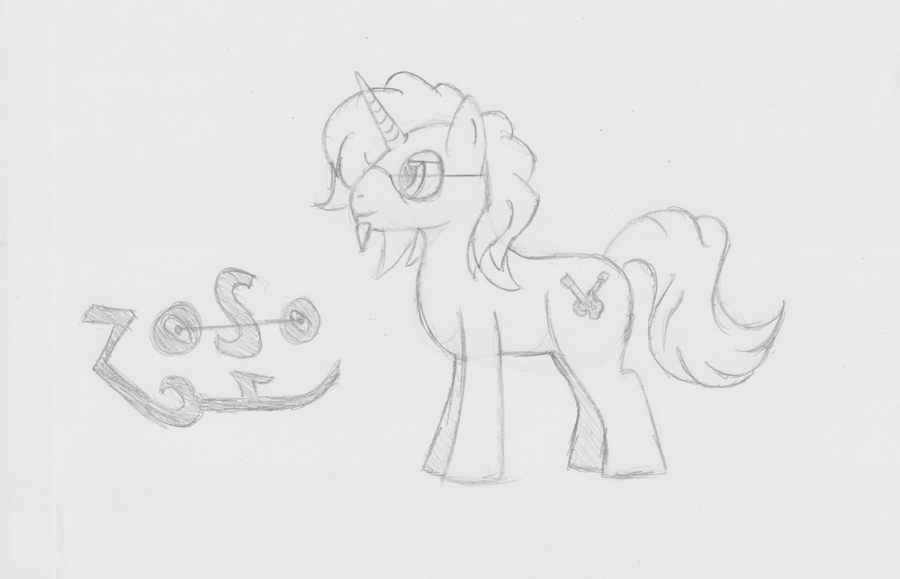 The contest to create your own pony persona was judged by Julia, and winner #2 is depicted above, by Wesley Root:

I would be a unicorn named Zoso. I would be a guitarist in a classic rock band modeled after Led Zeppelin. My cutie mark would be two crossed Les Pauls.

I would be Ivy Nightstar. A Pegasus with an ivy mixed in with the star of night. I would be the type that would tend to the ivy plants at night so that I would not give any poison or get any poison towards any other pony. A pony that rarely sees others, unless in dire need and that would sleep in the day. I would hide or be very quiet when any other pony roams at night as to be not noticed and I’d prefer to work alone. During my free time, I would be similar to Twilight Sparkle and read books.

And honorable mention goes to Abraxas, who gets nothing…except our admiration.

i would be a hipstery pony who randomly butts into other pony’s spaces just to gripe about how X Y Z is so aweful after A B C happened then i’d blather about how nobody should bother to reply because i’m blocking them. my cutie mark would be a roll of toilet paper, just to remind myself of what it used to feel like to have an empty colon. oh, and i’d totally draw stuff then bitch and moan about how applejack never let me win first place or even an HM.

Winners, please contact me. The rest of you, talk amongst yourselves