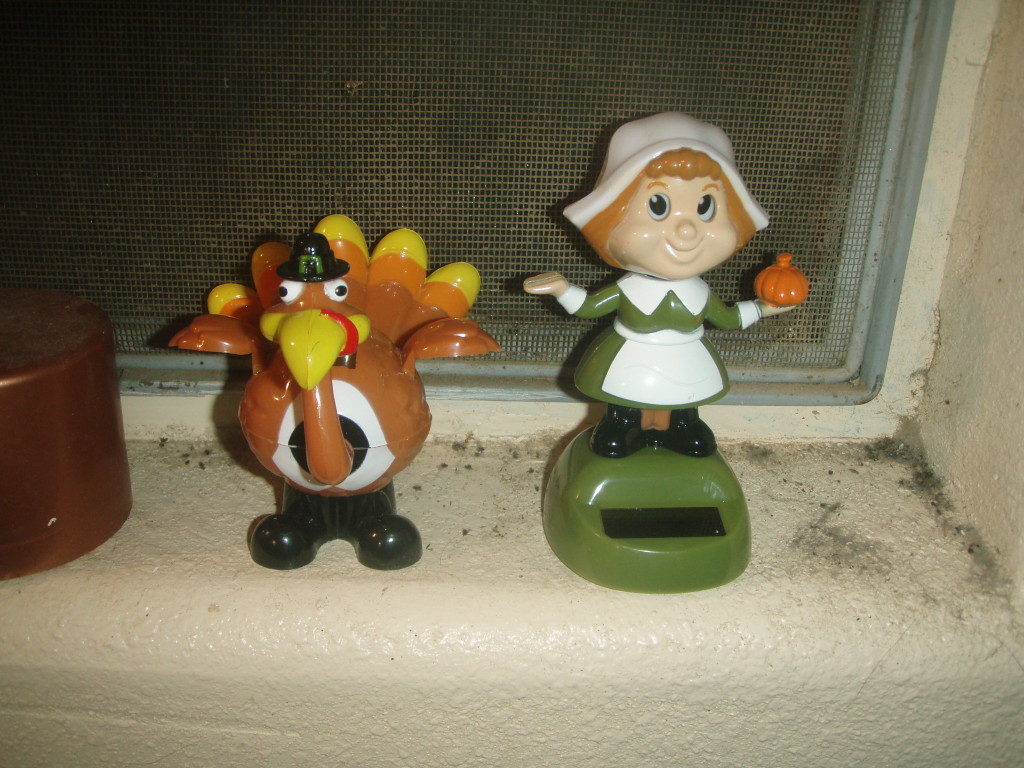 A few days late but Rabbit, Rabbit , Rabbit. Happy November and Turkey month. Hope you all made it thru Halloween and are still on your candy sugar high.

Halloween night we had our 2nd to last run of The Addams Family. Julia and Luke finally got to see the show. This was the first time that LYT has seen me on stage and the first time that Julia has not been on the stage in the show with me. So that was really different. Anyway this show we got a standing ovation and also had to add extra seats as we had a waiting list again. This has been such a great show and the cast is fantastic. If you have never done community theater, you should really give it a thought as either being on stage or at least going to see a show. The actors and all other involved are volunteers and work really hard. We have 8 weeks of nightly practice and then 5 weeks of show. That is giving up a huge chunk of time with no pay. Everyone in the cast and tech people have jobs, school etc. If you are looking for a good place for a charitable donation at the end of the tax year think of your local community theater – most are tax, non profits. Live theater is a really great thing to experience.

Sunday was our last show. Afterwards we got the theater all cleaned up for the next production and then had a great cast party, lots of food and fun.

So now on to the questions. I got some really good ones this week – thank you all so much.

Is PB and J not Vegan? I mean sure, any peanut butter product goes better with milk, but in and of itself I don’t see it having anything that comes from an animal, unless there is actual butter in it? Or is it the Jelly part?

Well when I make PB and J I also slather on a good amount of real butter. Maybe that is what gramma also does. There is something about real butter also being in the sandwich which makes the taste that much better don’t you think? Vegans have issues with dairy. Another thing that I sometimes like to put in my PB and J is sharp cheddar cheese – oh and have you every grilled a PB and J yummy warm peanut butter. Besides when you are at gramma’s you get the treats that you don’t get at home. That is a gramma’s right in this world.

In your opinion, what is the worst candy you were given for Halloween? (Mine were root beer barrels.)

Candy corn. But we also had one lady in the neighborhood who only gave pennies. The best: full-size crunch bars. That was a good neighbor.

QUESTION!!! Actually a lot of QUESTIONS!!! Any thoughts on the new James Bond and Star Wars films? Is it true that none of the James Bond movies have been all that good or have I been watching too many rage filled reviews on Youtube? Will this a-movie-a-year-plus-tv plan burn people out on Star Wars? Is a giant crossover Hasbro shared universe franchise something that should happen? Isn’t a live action My Little Pony film one of the signs of the apocalypse? Who would win in an all out Hasbro franchise fight? Sure Jem can win people over through the power of song, GIJoe has an entire special forces army, Transformers are giant killer shape changing robots, MASK probably does stuff, but Princess Celestia can control the sun with her mind – isn’t that the real Death Star? Or will cats jump up on the table knocking all the toys off and claim victory?

Wow, you did an entire article all on your own – good for you. Wee lets see I will break this up a bit with numbers:

Does it bother you if somebody professes love for a reboot without seeing or having much knowledge of the original? I must admit that though irrational, I sometimes feel this way. I have even found myself here (I loved The Fly before I saw the Vincent Price version, same with John Carpenter’s The Thing) so I am a hypocrit. But this isn’t about me.

I think you need to be versed in the original before you can make an informed comparison. Now if you are of the age where what you are seeing today is the original for you then that is one thing, but only talk about how much you enjoyed the 2015 movie; don’t bring in anything about the 1940s version if you know nothing about it. Saying you loved the 2015 version and now you are interested in learning about how another director handled the topic in a earlier version then cool – go learn about it. Film making has changed so much over the years. You can always learn something from the classic versions.

We have even found that with the Addams Family play. There are about 3-4 versions of the same show and another theater in our area also ran the show during our run. Many of each cast saw the others shows and found many differences with the same material. 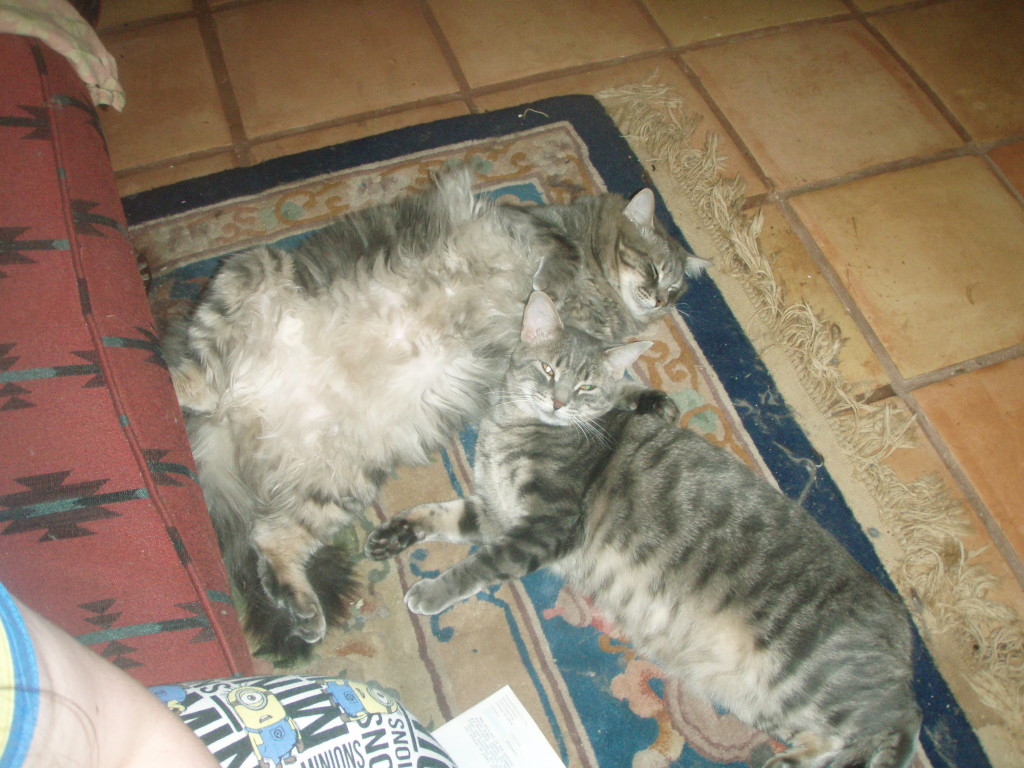 “Another big event was graduation from the COP (Citizens on Patrol) academy.”

You betcha. I started with this about 1975. So my career revolves around Police Academy, Dragnet, Adam 12, and anything by the wonderful Sgt J. Wambaugh. I even worked with the LAPD officers who Wambaugh based some of this early stories on. A lot of the new deputies that I work with are young enough to be my kids and they love hearing some of the old ways that things were done.

All my jeans keep ripping in the crotch and all my socks keep getting holes in the heels. Any tips to not wear out my clothes so quickly?

Wow, my jeans go in the knees and socks in to toes. Amazing how the hole fairy changes location. I understand that a lot has to do with if you use a cheap vs more expensive name-brand laundry soap. But I’m not sure on that one – I think that is more of a marking tool of the expensive soap companies. I just look at it as a good excuse to go shopping.

Ooh scariest/most terrible story she’s experienced over her lifetime, particularly during her time in law enforcement.

How about 3 different departments and 3 different police cars shot up. Each time the Sgt thought I would be safer as it was a holiday night to ride in the Sgt car with him. I was the only female on each departments’ swing or graveyard shift each of these nights. It was always New Year’s Eve. One time was in a fully marked car and the other two were in non-marked cars. After the 3rd incident – I always got New Years Eve off, as no-one wanted to ride with me anymore on that day.

Well group, that’s all for this week. Saturday is our first breakfast of the month at Copper Mountain Mesa Association. Yummy. Not really sure what I am going to do with my weekend as there is no Addams Family show to do. Going to be strange. Behave yourselves next week. Have a great weekend and as always HUGGS to you all