Menu
Home
>
Cartoons
>
Check out the Trailer for Boy and the World, One of This Year’s Animation Award Underdogs 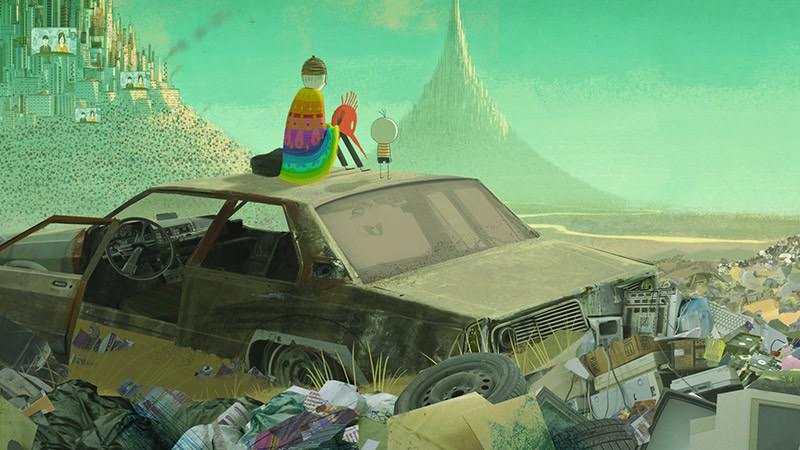 It’s funny – as a movie critic, I constantly hear my brethren in the same career field extol the virtues of independent cinema as they condemn the homogenization of corporate Hollywood. And then every goddamn year they vote for the Disney-Pixar film for Best Animated Feature (unless it’s Cars, because rednecks, amirite?).

Likewise, I know full well that blog posts about independent animated features won’t generate large amounts of traffic – but they are important to me. Alone, I’m not going to break the lock that family cartoons have on American perceptions of what animation can or must be – but for those who want more and aren’t getting it from your mainstream sources, it’s important to share the films that break the mold. Hence the Bakshi article this morning (regardless of my personal disinterest in a lot of his stuff, he deserves attention)…and this new trailer now.

Cuca’s cozy rural life is shattered when his father leaves for the city, prompting him to embark on a quest to reunite his family. The young boy’s journey unfolds like a tapestry, the animation taking on greater complexity as his small world expands. Entering civilization, industrial landscapes are inhabited by animal-machines, with barrios of decoupage streets and shop windows, and flashing neon advertisements that illuminate the night. The story depicts a clash between village and city, hand crafted and mechanized, rich and poor – and throughout the tumult, the heart and soul of the people beats on as a song. The film’s music is on equal footing with the stunning visuals, a soundscape of pan-flute, samba, and Brazilian hip-hop mixing with the whirling carnival colors and exploding fireworks.

I can maybe do without the pan-flute, but the way this trailer looks like kids’ drawings given a whole new dimension intrigues me greatly. Boy and the World opens in New York and Los Angeles on Dec 11, 2015, and in theaters across America in January 2016.