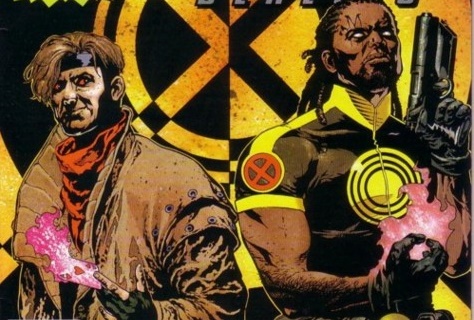 THR reports that Fox is just about ready to sign a new director for C-Tates’s Gambit.

Doug Liman, director of Edge of Tomorrow, Iron Man prequel Swingers, and the movie where Jason Bourne grabs around on a desk to find a weapon, finds something impractical and unlikely, and then uses it to kill the hell out of the beast he’s fighting (oh. Um, the first one where he does that.) is reportedly in final negotiations to direct a movie where Channing Tatum does the same thing. You know, I just ran through all the fight scenes from all the movies he’s directed (Mr. & Mrs. Smith, too), and now I might be getting excited for a movie about scumbag Gambit. Crap, now that I’m excited for a Gambit movie, I might have to break out the 360 and play MvC2. Am I wrong for feeling this way?