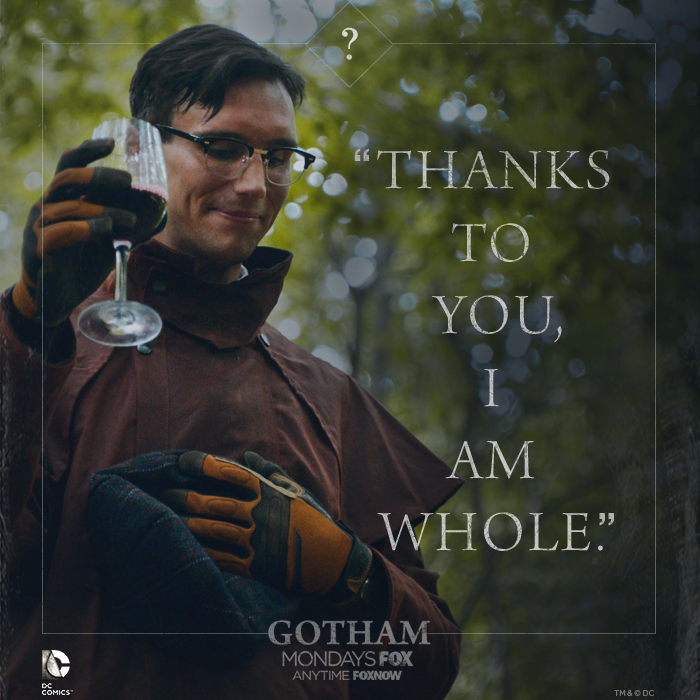 Edward sure does like to shovel his shit. It’s convenient that there’s a big ol’ forest outside of Gotham.