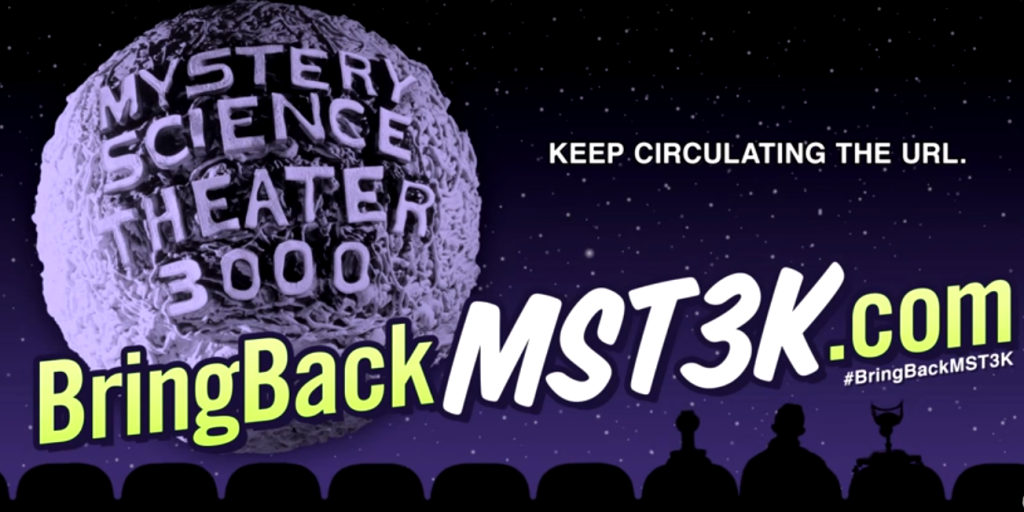 With the Kickstarter well on its way to being fully funded, fans want to know exactly what they’re funding. Since Joel said it would have a new cast, how do we know we’ll like it?

Well, I’m not sure how official this can be before any contracts are signed, but today he revealed who he wants the new host to be – and suffice it to say it’s a guy who has some experience cohosting a show with two other smartasses. Actually, the still image on the YouTube pretty much gives it away.

h/t Gallen Dugall, whom I presume is responsible for most of the funding all by himself.