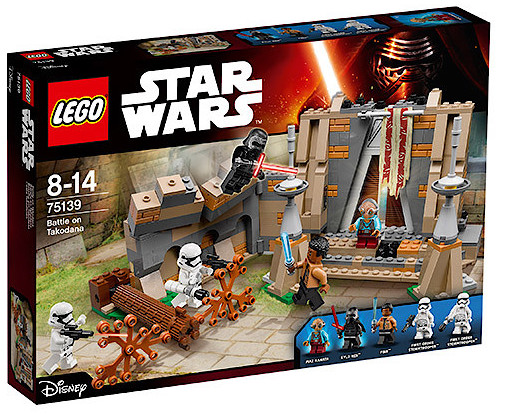 It would seem that Maz Kanata and Finn encounter Kylo Ren on a planet called Takodana, which can probably be safely assumed to be where that one building with all the flags in the trailer is. Also, a tree falls over while they’re there, if the set’s action feature is to be believed (sneaky action features!).

And for all the people who insist on ignoring the evidence in May 4th’s Vanity Fair, which showed an unmasked Adam Driver on set, here is a Kylo Ren figure with Adam Driver’s hair and (approximate) face. He is not Luke (seriously, even cab drivers are asking me about that one. It is not a grounded rumor). 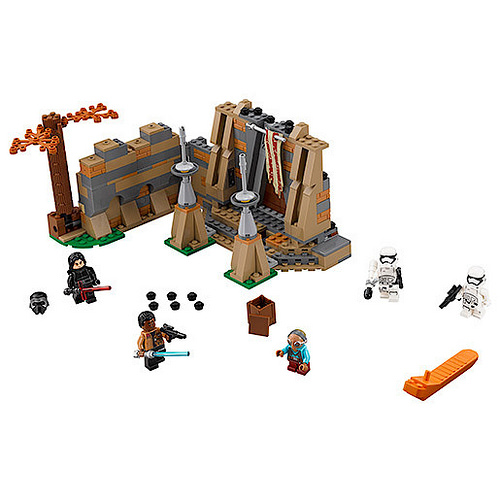 Also, and this is no trap, the set that includes Old Admiral Ackbar has been released, and it looks like a bulkier B-wing without the rotating gimmick. Click here to see it, and the General Leia minifig.