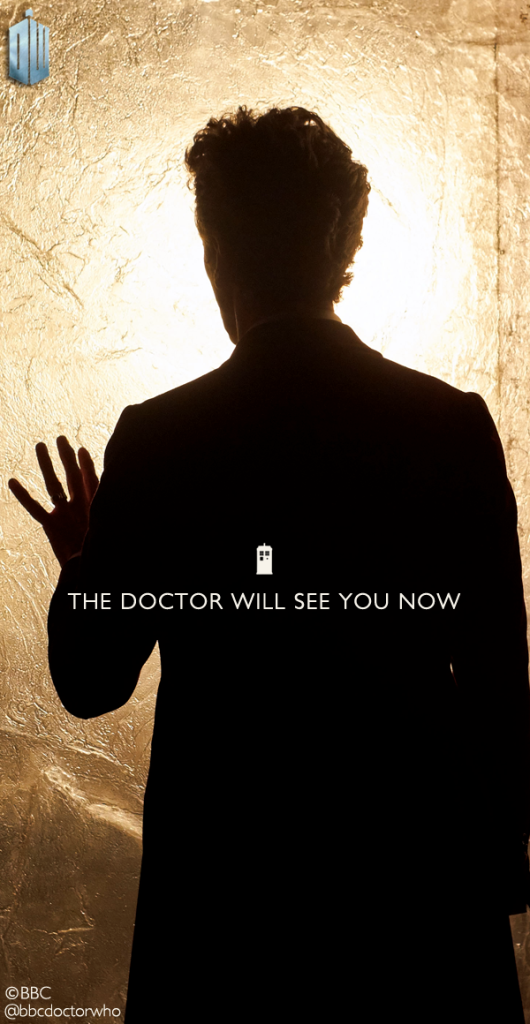 I think it was only a couple weeks ago, during the Zygon episode, that I said I was a sucker for the surprise reveal that something we think we’re seeing for the first time has happened again and again, except we didn’t know that because a major character has had a memory wipe. I also expressed the hope that this not become so common I’d get sick of it.

Well, I confess I did like the way it was used this week, but really, so soon, again? Does Steven Moffat have an elderly parent with Alzheimer’s? (See the movie Robot and Frank to understand why I might ask that.)

What this episode reminded me most of was my days of playing Doom on PS1 – the castles you’d find yourself in, the infernal sky, the sense of hell encroaching, and a demon pursuing you. Yes, there are clues, but they’re fairly basic, and all they do is get you from one level to the next, all ever-shifting corridors and monsters and walls to break through. This is, by the way, a positive memory.

So basically the Doctor is in hell – or perhaps to be more mythologically appropriate, Tartarus, a domain of ironic punishment; when fully revealed, his was a doozy (though a truly ironic hell would have been to bring back Bonnie Langford’s Mel, companion of #6 and #7, and render her unable to close her mouth). We can assume the creature chasing him is based on the night terrors he had as a kid (which, it turned out, were all mentally created as a result of Clara grabbing his leg), though I wasn’t sure what to make of all his returns to the TARDIS – presumably imagined, but not clearly so.

And then we leave on a big dramatic reveal of sorts – the ultimate weapon for the Time War is a Dalek/Time Lord hybrid, only that cannot be, says the Doctor, because Daleks, being space Nazis, don’t pollute themselves by mixing with inferior species.

Except all the times they have. Remember how the very first Dalek in nu-Who extracted Rose DNA to power itself up? Or how the first time we met Clara, she was a human infected with Dalek nanites who still believed herself fully human? Daleks get mixed up all the time.

And then there’s the Doctor’s counter-argument – HE is a hybrid and the ultimate weapon. Is this officially canonizing #8’s half-human description? Is it acknowledging the Doctor, like Oswin, has become a Dalek and doesn’t know it yet? Or is it a cheap semantic trick that he’ll dodge out of with words next week?

I know what my money’s on. But in the meantime, Gallifrey is found again, which could be a storyline game-changer if they allow it. And how did they latch on to Ashildr?

Since obvious storytelling is often obvious, I ran “Ashildr” through an anagram decoder:

“Rasher” is English slang for bacon, and lard is pig fat. This obviously means the Doctor is about to cut pork out of his diet, perhaps to convert to either Judaism or Islam. Also, “Doctor Who” rhymes with “Allahu.” He’s a secret Muslim!

Or, y’know, maybe not. Just show me the birth certificate.