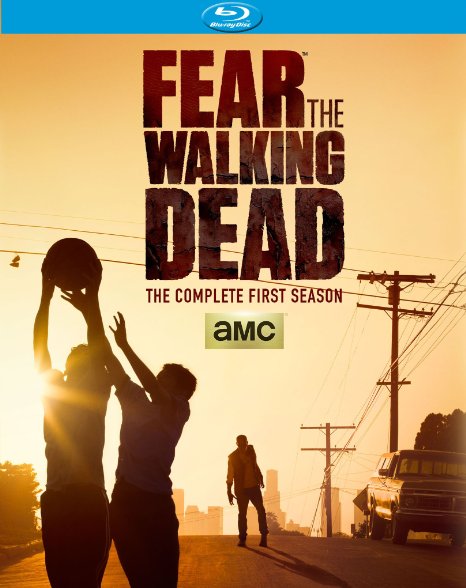 Fear the Walking Dead – Or, as the cover would have it, “Oh no! A zombie wants to play basketball with us!” Yes, we mock, but the actual show is no less mockable, particular if you live in Los Angeles and have seen it go through actual mass disasters. Good actors like Shawn Hatosy and Cliff Curtis perform below their pay grade, and right as things finally start to get interesting…it’s the end of season 1. If you’re curious, honestly, jumping in at the start of season 2 might just be for the best. I stress “might.”

90 Minutes in Heaven – It’s a fundamentalist Christian movie starring Hayden Christensen, and given that title, I don’t even need to write the jokes before they’ve already popped into your head.

Goodnight Mommy – When Mommy comes back from the hospital after a bad accident, all bandaged up and acting strangely, you may think you know where this Austrian thriller is going, but it takes a twist or two along the way. Though slightly overhyped, it’s effective enough at what it does, with notably creepy production design giving it a slight extra boost. Terrible Blu-ray cover art, though, given that the movie provides so many better images itself.

Halo: The Fall of Reach – We may never get a big theatrical Halo live-action movie, yet every other possibility is gradually being exhausted. This is the animated series shown on the Xbox in three parts, based on the comics. I haven’t really cared about this property much in a while, but maybe you will.

Twice Told Tales – Another week, another horror anthology starring Vincent Price, this time based on the works of Nathaniel Hawthorne.

Cooties – Elijah Wood versus zombie kids. Even if he can’t carry the film, he can CARRY YOU!

The Naked Gun 2-1/2 and 33-1/3 – These sequels to the hilarious original cop-movie spoof with Leslie Nielsen offer progressively diminishing returns and come on bare-bones discs, but you’re guaranteed to find at least a few laughs in each, even if it’s not as many as you’d hoped. With the first film, Nielsen became a superstar of deadpan comedy; after the third, he became a cliche hired to sell subpar satirical flicks that wished they had half the inspiration of an Airplane! Still, if you have kids old enough to be slightly dirty minded but not too old to be burned out on this stuff, it’ll do.

Tokyo Tribe – I am told that this insane Japanese gangsta rap musical is a must-see. Let’s take a look…

Yeah, I think so.

Those are my picks for this week. Got more?