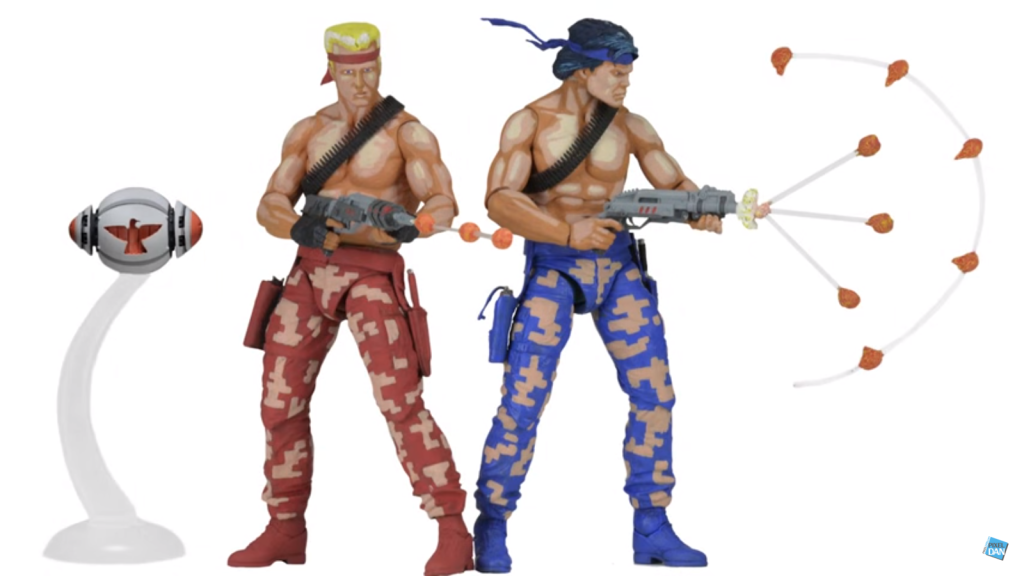 Contra really was a game ahead of its time. How could we have known then that military camouflage pants of the future would indeed look pixillated up close? So it’s appropriate, in a way, that YouTuber Pixel Dan would be the guy to announce these figures from NECA, which appear (also appropriately) to be clever re-uses of the Rambo base figure.

I have to give Dan a tiny bit of grief, though, for saying these are the first non-movie, straight-up video game figures in NECA’s video game line-up. They aren’t.

Points to anyone old enough to get my headline reference.