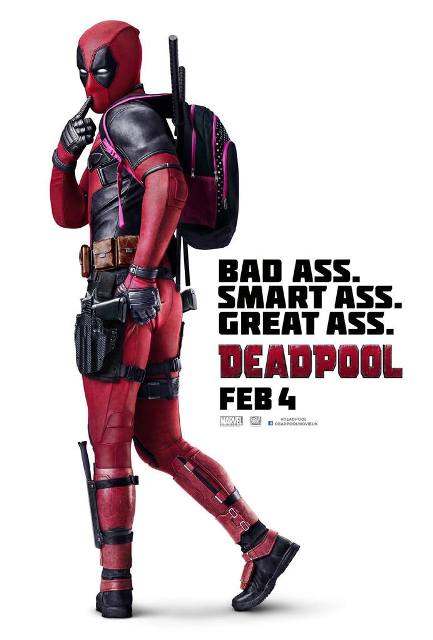 I have to say, without irony, that this new international Deadpool movie poster is pretty awesome. After many years of waiting, It is almost hard to believe that an actual Deadpool movie is just over two months away from hitting theaters. Giving credit where credit is due to the people in the marketing department behind the film, this poster does seem to perfectly capture that goofy, wild and outrageous tone that has made Deadpool such a popular character.

Obviously, 20th Century Fox is not the most popular movie studio with comic fans after Fant4stic. However, Deadpool looks like the exact opposite of that pile of cinematic excrement. The film will probably have a fraction of the budget of next year’s X-Men: Apocalypse, but that just might be for the better. With a smaller budget, Ryan Reynolds and Tim Miller will have more creative freedom to make an appropriately R-rated Deadpool movie that they and the fans really want.

If the film had a budget comparable to the X-Men, Wolverine or Fantastic Four films, that would not be the case. Case in point, Deadpool’s last cinematic appearance in X-Men Origins: Wolverine, which was budgeted at $150 million. For that film, the studio opted to make Deadpool a cinematic abomination with his mouth sewn shut! Now Deadpool has his trademark costume, the edgy “Merc With a Mouth” style and a more faithful origin story. I don’t even hate to say it. I can’t wait to see Deadpool.