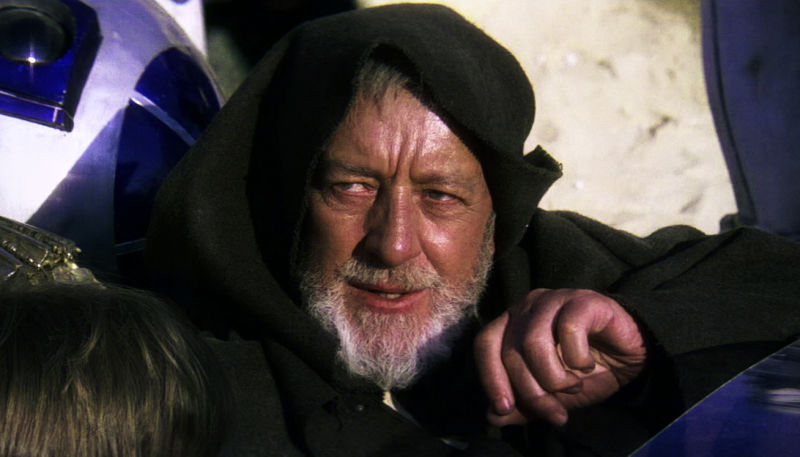 If you’re even remotely familiar with Star Wars lore, you’ve heard this one: Alec Guinness supposedly found Star Wars so unbearable that when a young fan of the movie asked him for an autograph, the actor agreed only on condition the boy promised never to see it again. You’ve probably heard it because Alec Guinness put it in his own biography.

Obi-wan may have been a closer character to the real Guinness than even he would have admitted, because what he told you was true…from a certain point of view.

Daniel Henning, now an adult, only recently found out that everyone has heard this story. Today on Buzzfeed, he tells his side of events, and it’s well worth a read.

But why did Guinness make himself into a monster? Why did he change the story from his being kind and gracious and lovely to his being so mean to a child that the child busts out crying and his mother becomes haughty and drags him away?

When you hear my story, it’s a fun story. It still tells you the issues he had with Star Wars, but you get to see the gracious man that I got to see. When he tells the story, he’s a curmudgeon. A man who would make sweet-faced boys cry. Because he was so concerned that I would be living in a fantasy life.

Would you make such a promise in exchange for an autograph? Put it this way – I’m glad Ian McDiarmid did not ask that of me at Celebration.