Menu
Home
>
Cartoons
>
Troma Has Made an Animated Christmas Special, and It’s as Cheap and Offensive as You’d Expect 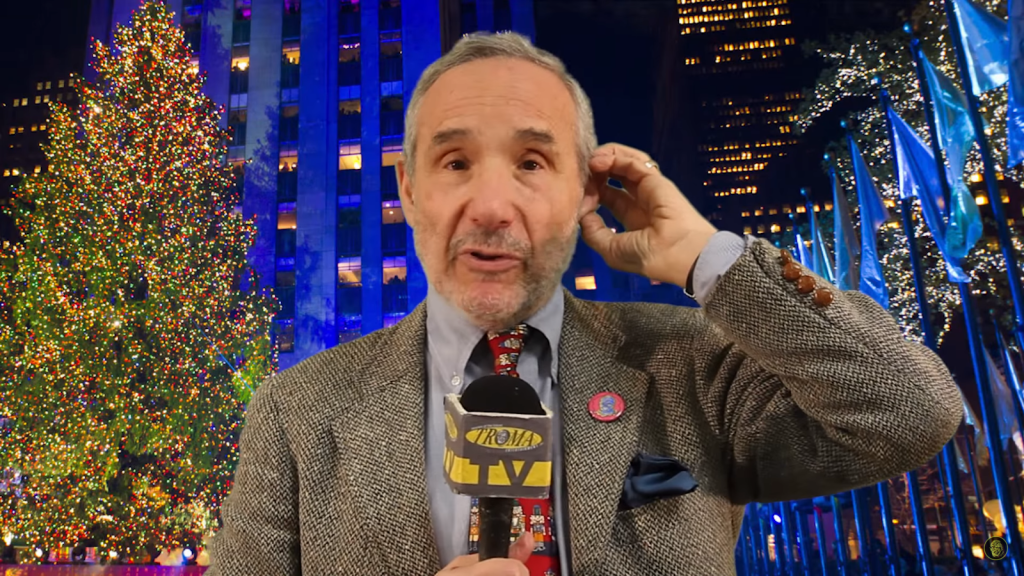 If you need proof positive that Troma’s Lloyd Kaufman is jealous of the success of Trey Parker and Matt Stone, whom he infamously forced to pick up the check when they all did lunch to discuss Troma acquiring Cannibal: The Musical, check out his own attempt at South Park-like satire. In it, Santa Toxie teams with Mother Teresa, the Tooth Fairy (who is gay, natch), Abraham Lincoln and Buddha (who talks just like the City Wok guy in South Park) to take on Black Friday shoppers, big-box retailers, and such hard-hitting, incisive targets as OJ Simpson and Kim Kardashian.

It’s not without its charms, especially since Kaufman does not spare himself or his company from the same barbs he’s aiming at every other business making a buck off of suckers. But it ain’t quite South Park, either.