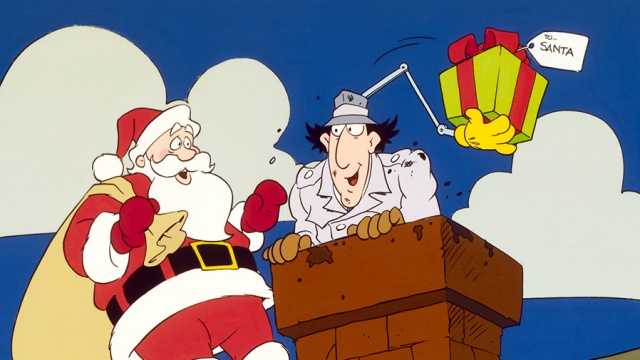 It’s the most wonderful time of the year, when visions of gadgets and tech dance through my head as I sleep. If you are a gadget guru like myself, wow, what a wonderful time to be alive. This holiday shopping season, gadgets of all shapes, sizes and price ranges have hit the market, and no matter what your budget, there’s something out there for the tech lovers that you love.

Here’s some of the things on my Christmas list this year, and I’ve been an awfully good boy. Broken down by price range, here’s your TRV Holiday Gadget Gift Guide.

For me, there’s nothing worse than waking up in the morning late from a night of writing (or Star Wars: Battlefront), and not being able to find my keys, wallet, work badge, or small child. Those panic-ridden first moments of the day are enough to ruin the rest of it. Thankfully, Tile can help keep my most important objects from falling into the Twilight Zone.

About the size of a keychain, Tile can be tied or stuck to just about any object (if only my kids and dogs would stop picking at theirs), and through an app on your phone, can be tracked via GPS, or made to beep indicating their location. If you’re like me and your children have absconded with your phone, pressing a button on any paired Tile will cause your phone to ring, even if you’ve done everything you can to silence it. Because it’s GPS-based, distance won’t be an issue; a story on the Tile website tells of a man who located a stolen van over 100 miles away thanks to the device.

While one Tile will set you back the price of a Blu-Ray combo pack, they are also sold for a discount in packs of up to twelve, and can be found at various retailers as well as TheTileApp.com.

Development of USB cables has been rather, shall we say, limp, lately. The fact is, just about everyone depends on those flaccid rubberized tubes of wires to charge just about everything, from phones, tablets, portable entertainment, even sex toys. Most seem to be made by the lowest possible standards, and in the lifetime of a device, you’ll likely go through two dozen of the damn things, unless of course you buy a Titan M.

The steel reinforced Titan M USB cable is touted as the last USB cable you will ever need. It’s industrial grade, with a lifetime warranty, and if it does all that it says, should be worth every penny. Even more impressive is their Bobine cable designed specifically for Apple products, which is a flexible iPhone dock that can be shaped as easily as a pipe cleaner into whatever form you need to hold up your phone. If only it were available for everyone not willing to take a bite out of Apple.

Driving in Baltimore, you’ll often find people willing to share the music coming from their cars. They usually accomplish this by turning the sound up to levels that would call sandworms. While you can typically hear and feel this sharing of music, unless windows are vibrating, there’s no visual way of experience it…until now.

AGPtek Sound Activated Car Stickers are essentially a do-it-yourself equalizer display for the back window of your car, which moves in time with the music just like the equalizer found of any ‘80’s portable boom-box. Just attach the stickers to your back window, plug them into any cigarette lighter, and off you go, visualizing any sounds coming from your speakers.

Rather than the equalizer sticker, I’ll be picking up the AGPtek LED Message Board so I can tell tailgaters to frak off.

Topping my list of best gadgets of 2014, the Samsung Gear VR has finally left the confines of Innovator Editions, and has been released to the masses with the incredibly priced retail Gear VR. I’ve spent a good amount of time with the Samsung Gear VR in recent weeks, and had to go back and watch The Lawnmower Man for a good laugh. While the film was amazing in the ‘90’s, it pales in comparison to what modern VR units like the Gear VR can accomplish. The VR goggles, which pair with many latest generation Samsung smartphones, are absolutely astonishing.

Viewing high resolution 360 photos is a jaw-dropping, almost religious experience, particularly of some of the extreme nature scenes that come preloaded in the Oculus package of apps. While games are fun but limited without a gamepad (of course sold separately), watching movies and shows on the largest screen you can imagine is my new favorite way of experiencing film. By donning my Gear VR and a nice pair of headphones (also not included), I can have my own private viewing room, free from screaming children or one of my wife’s guilty pleasures like the Real Housewives of Assmunch, Montana.

It’s not perfect; in older, standard definition programs, the screen door effect (the illusion of looking at something through a screen door due to your closeness to the screen) is rampant and distracting, and aside from Netflix, there’s a very limited amount of HD and 3d content unless you are willing to go through the trouble of ripping your own. Other content like games is limited for now, though a lot of it is free, with new applications being released almost daily. Also, people prone to motion sickness shouldn’t apply; a co-worker tried mine while standing and almost took a header when the Blue Angels performed a high-G turn. That being said, the first steps into affordable, high quality VR technology have been taken, and if you own a compatible device, the Gear VR is a must have…if you can find one.

Computers have gone a long way from those room-sized monstrosities you saw in films like the original Tron. Incredibly small computers like the Raspberry Pi have been around for some time, but they’re really not made for the average user looking to browse the web or play Candy Crush.

A few years ago, the first “Android on a Stick” style computers made their way onto the market with mixed results. Thankfully, that seems to have changed with the Asus Chromebit. The device plugs directly into any free HDMI port in any device, connects to wireless networks and Bluetooth devices, and gives you the equivalent of an inexpensive Chromebook computer. Sure, for the $85 price point, the abilities of the Chromebit are limited; two gigabytes of memory and limited storage means that gaming and even moderately power-hungry applications will not function, but if you’re looking for an inexpensive web browsing, movie streaming, word processing station, the Chromebit wouldn’t be a mistake.