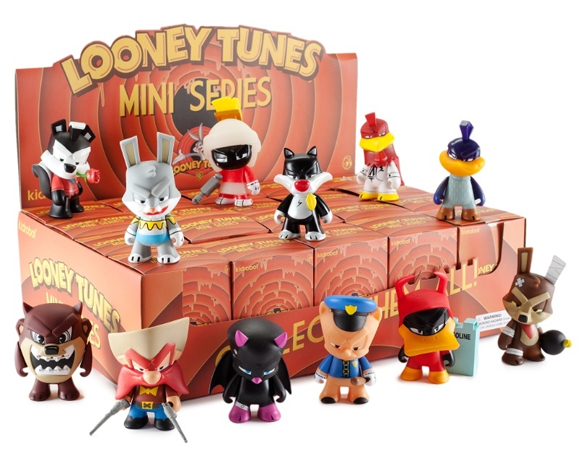 Not only are those Kidrobot minis the angriest Foghorn Leghorn and Roadrunner likenesses I’ve ever seen, but Bugs Bunny looks like he’s channeling Heath Ledger, and sporting a bloody nose while demanding to know why I’m so serious. Dude, I’m so serious because you all look determined to murder me. Or maybe you’re just upset at the toy designers who chopped your ears into rectangles?

And I just noticed Sylvester has a Tweety feather in his mouth. Warner Bros. really does love them some grimdark reboots.