A topic of frequent discussion and amusement on the Topless Robot Podcast (episode 13 and episode 15) has been the Souljagame consoles. Clearly emulation systems, they’re common Wish and Alibaba chinese knockoff items loaded with ROMs.

The fact that he was slapping his name on these clearly illegal consoles wasn’t the hilarious part, what was hilarious was exactly how all-in he went on the endeavor. 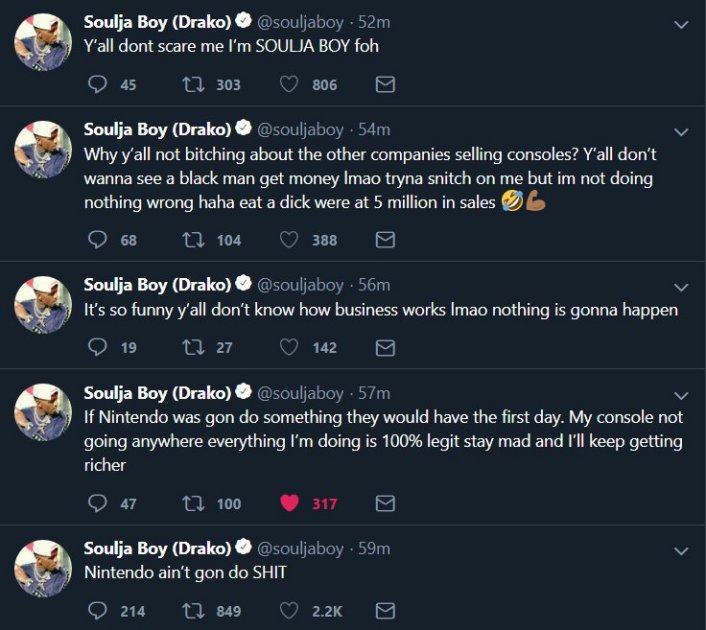 If you head over to Souljaboy’s dropship site Souljawatch.com, you’ll find that the consoles are no longer available for sale! Now, this could be scarcity due to that purported 5 million in sales, but considering this tweet I think that Nintendo has done what we knew Nintendo would do.

Despite those sales figures, Topless Robot has yet to find anyone who has actually received a Souljagame console. If you ordered and received one of these systems, please reach out to us via our contact form. We’d love to hear about your experience.

Is this the last we’ll hear of Souljagame? Something tells me no…