Menu
Home
>
Movies
>
A Very Jedi Unbirthday to Us All 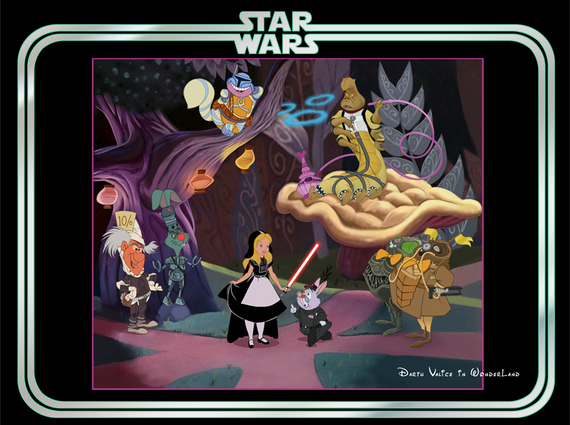 And with this Star Wars / Alice in Wonderland mash-up masterpiece from artist Thumper-001, titled “Darth Valice in Wonderland,” it’s time to call it a day. Click the pic for a somewhat larger version. I have to say, the 4-LOM / Zuckuss combo pleases me very much.