Pics of Speed Racer toys have “raced” onto the Internet (ha ha!) and I have to say…meh. Mattel’s going all out, especially for a remake of a 40-year-old Japanese cartoon in terms of the quantity of toys, but the quality is all over the place. The Speed Racer Hot Wheels look fine, although I imagine Hot Wheels would be pretty difficult to fuck up, while the action figures (at 3 and 3/4-inch scale, a la G.I. Joe) look terrible, and the fact that there’s a “Namless Thug” two-pack is pretty disappointing. 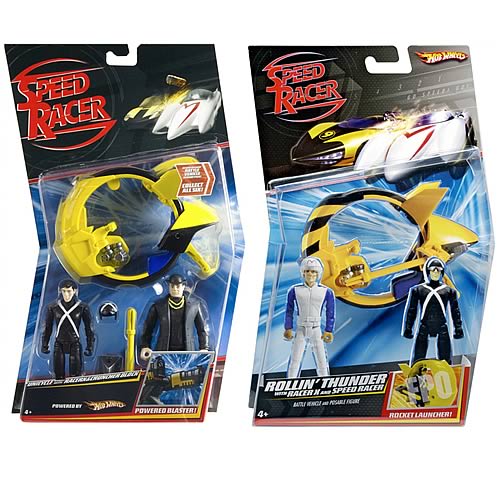 The good news for Mattel and Speed Racer fans is that the large cars look cool, with a bunch of different R/C cars and different vehicles from the movie, although there’s no way of telling how fun they might actually be, or if they come with small Spridle and Chim-Chim’s to stuff in the trunk, where they’ll hopefully asphyxiate or get bludgeoned to death via Speed’s driving, a la Rose McGowan in Death Proof. 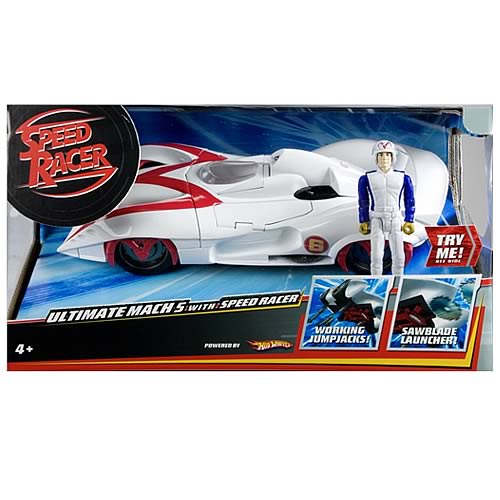 Oh. There’s also a Speed Racer Barbie, which might be the first anime-based Barbie ever, after the jump. 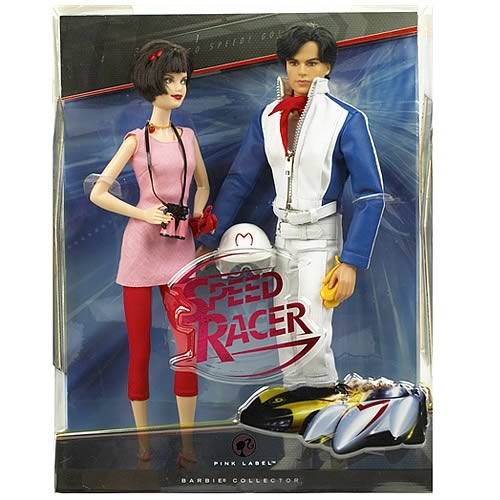 Admittedly, the Barbie is clearly based more on Christina Ricci in her surely brilliant performance as Trixie than the anime, but close enough. Besides, this is Ricci’s second Barbie figure after Mattel released that Black Snake Moan Barbie (with Ken as Sam Jackson) last year. That Barbie can do anything, even get chained to a radiator to stop her whorish ways! (Via Toynewsi)