Menu
Home
>
Toys
>
New Toys I’m Bitter About Not Having as a Child: Star Wars Sleds 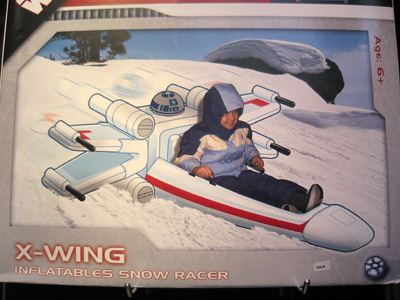 Toymaker Dynatech has just pissed me off for not being prescient enough to create this awesome series of Star Wars sleds in the early ’80s, when I was a kid. I would’ve have given one of my then-undescended testicles to be able to go sledding in an X-Wing. Grr!

There are two regular sleds – a Millennium Falcon and a Snowspeeder – and two inflatable sleds, including the X-Wing above and another Snowspeeder (pics of all of ’em after the jump). And they’re all awesome. At least I can take solace that these sleds won’t be available until next winter, thus depriving many children from enjoying them this winter. (Via CTA.ca) 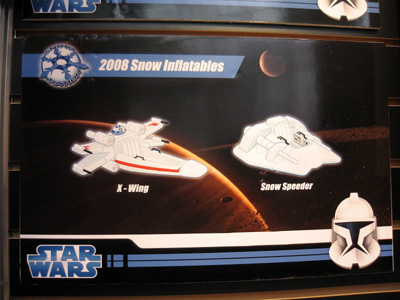 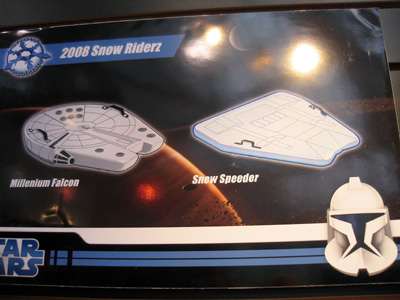 Parents of unpopular young children – don’t get your child the Snowspeeder sleds, otherwise he’ll surely have to play Dak.