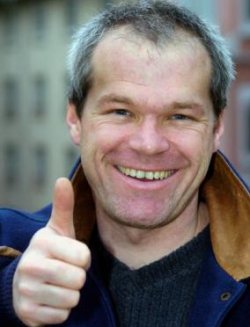 I told you I was waiting on the reviews for Uwe Boll’s newest mediocre-videogame- to-terrible-movie masterpiece, and they didn’t disappoint; the movie has a 4% rating over at Rotten Tomatoes, and I’m thrilled to share the single “positive” review, from Joshua Tyler of CinemaBlend.com:

Boll manages to hold this disaster in the making together by infusing it with unexpected energy.

Better still, early box office estimates have In the Name of the King: A Dungeon Siege Tale making less than $3.4 million, meaning in its opening weekend, ItNotK:ADST made less than both Alvin and the Chipmunks in its 5th week, and more fantastically, less than the new Veggietales movie, The Pirates Who Don’t Do Anything, which opened the same day.