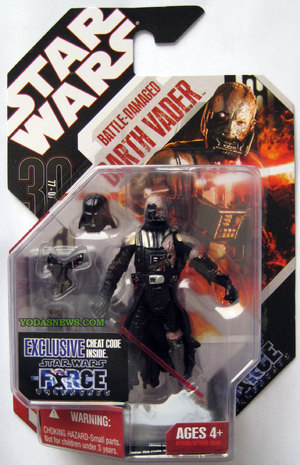 ? The Force Unleashed is more than just a video game, people. It’s also the name of the marketing blitz planned by Hasbro for a new wave of not-seen-in-the-movie, but movie-inspired action figures and toys due out this year, as part of Star Wars’ 30th anniversary. What’s the difference between The Force Unleashed goodies and say, other SW spin-offs like Shadow of the Empire? Well, these don’t suck out loud. Check out this latest wave of figures, including this awesome Battle Damaged Darth Vader; head over to Yodanews.com to see a female Imperial officer, a Jumptrooper, and more.

? Meanwhile, Entertainment Earth has a pic of the Hoth Speeder Bike Patrol, which I know are pretty much just regular speederbikes and Scout Trooper spainted white, but I can’t help but love anyways. 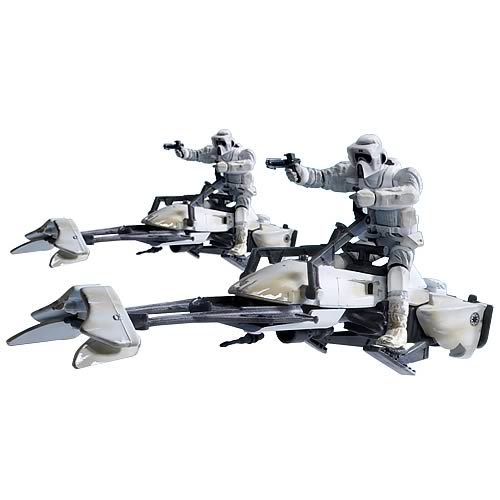 ? But best of all, Sideshow Toy has released a pic of its life-size Emperor Palpatine bust! What child wouldn’t love to find the cloaked, severed head of an old man under the tree one Christmas morn? He could examine the rotted teeth, pretend Palpatine’s yelling at him to get off his lawn, and…well, that’s probably it.