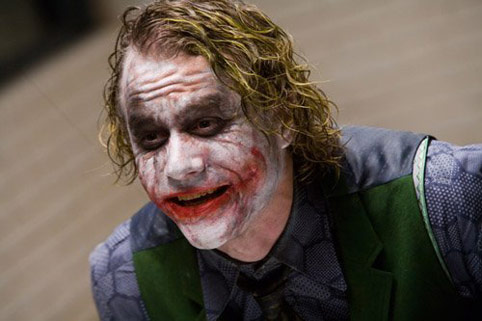 So Heath Ledger, the Joker in the upcoming Batman movie sequel The Dark Knight, was been found dead in an Manhattan apartment this afternoon, and the article title is as quippy as I’m going to get about it. There’s no official word on how he died, although TMZ is saying pills were found near his body. Goodness only knows if he was finished with his Joker filming, but man.

Update: Now CNN says the apartment Ledger was found in was owned by Mary-Kate Olsen, which turns the story from “depressing” to “depressing and probably sordid.”