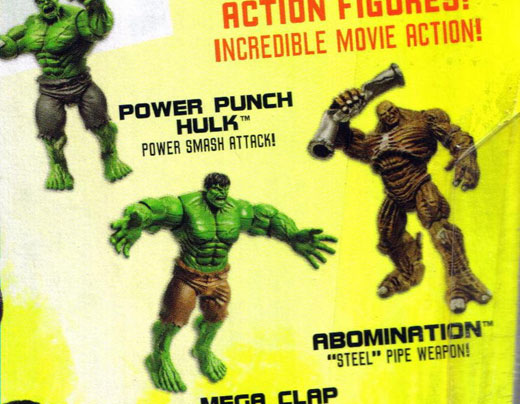 Despite Universal and Marvel wanting you to not know what the Abomination, the gamma-fueled villain of the upcoming Hulk movie sequel, looks like, CHUD found an early ad with a pic of the Hasbro toy of the monster. Obviously, the Abominaion looks like a brown, bald, gnarled Hulk, and very disturbingly like he might be made of poo. It only gets more disturbing when you realize the character is technically played by Tim Roth.