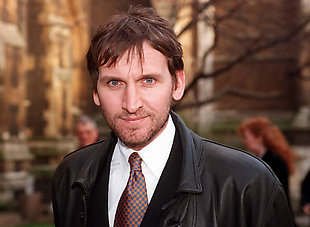 Remember when this guy you hadn’t heard of got cast as Destro in the live-action G.I. Joe film? Well, unlearn everything you have learned, because that guy is out. IESB says he couldn’t get his Visa worked out in time to start shooting (and they certainly weren’t going to wait around for some no-name without any actual face time), but I’m thinking the producers actually dropped him, as they’ve traded up to a guy who’ve possibly heard of: Chris Eccleston, recent wildly underused invisible guy on Heroes and excellent Dr. Who. The movie starts filming on this Wednesday, incidentally.

Also incidentally, apparently EA has the G.I. Joe video game license and never told anyone. No game has been announced, but I can count the number of times EA has not published a terrible-to-pleasant-mediocre game tie-in to major motion picture on one hand.