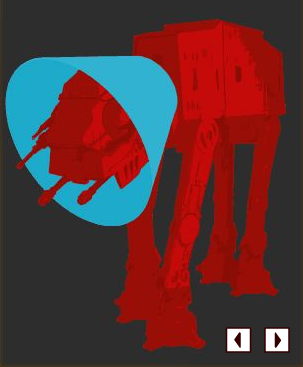 Go Ape Shirts had the vision to boldly a imagine a future where gigantic, walking tanks could be prevented from shooting out their own stitches. Shirts for guys and gals?and hoodies, too?are available here, at least until Lucas sees this and sends a C&D.