I was tempted to save this shirt for Thursday’s Geek Apparel of the Week, but I figured you guys should have the opportunity to buy it prior to tomorrow, and also, it’s just too awesome to be contained for three days. 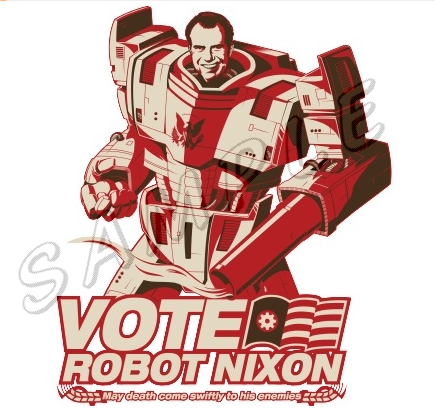 Straight from the greatest episode of Futurama ever made comes this shirt, celebrating the President of Earth circa 3000 and his shiny, destructive new robot body. The shirt is available in a variety of colors and shirt styles here. And if you’d like to her robo-Nixon’s campaign platform, check the video after the jump.