I’m not knocking Hasbro’s action figures of the upcoming Hulk 2 movie, but if you’ve seen one Hulk action figure, you’ve seen them all. I am baffled about why two of the figures are of “Hulkbusters”?that is, generic guys in generic black suits holding generic lasers. What poor child would choose some random goon over a Hulk toy? I have no idea, but I know that child should be on medication. Anyways, Hasbro did provide a great pic of a Hulk/Hulkbuster two-pack: 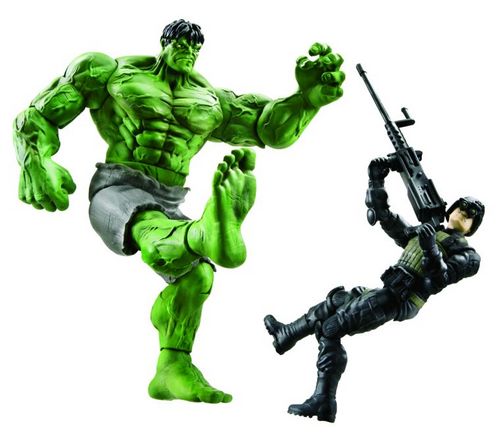 Hulk’s really kicking the shit out of that dude! So why isn’t his head flying off, or his torso exploding in a fine crimson mist? Someone remind me to email Hasbro customer service and complain.

There are some Hulk Superhero Squad figs that I might show later, but the only other thing really worth mentioning is among Hasbro’s many Hulk-themed games is… 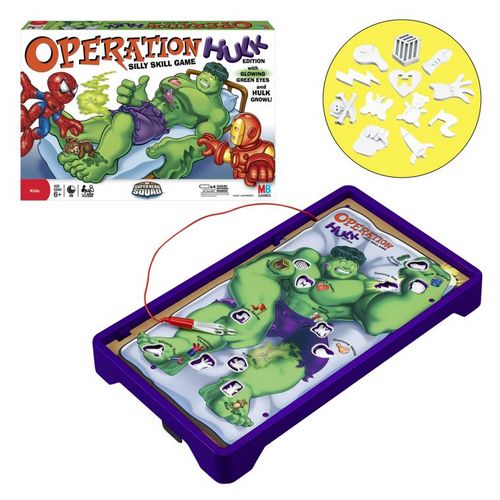 I know the Hulk’s not that bright, but is he really going to let renowned alcoholic Iron Man and devil-deal-making Spidey operate on him? Why isn’t Doctor Strange there? At least he’s got a Ph.D.