The Hasbro-brouhaha continues with its Marvel Legends…of the very scant pics they released. Apparently, more two-packs are on the way, including an Elektra/Ronin set a la New Avengers (which Hasbro didn’t give pictures of) and this pack of WWII Ultimate Captain America and Ultimate Nick Fury, played by Samuel Jackson.

Admittedly, the toy doesn’t look incredibly like Jackson, but I absolutely promise the comic book version does. They aren’t even trying to pretend he’s not Sam Jackson.

Anyways, the other Legends waves include a Spider-Man Movie wave, which is boring because they look exactly like the smaller 5-inch figures Hasbro released last year except slightly bigger, so I’m not showing them, and a Hulk Classics wave, which is pretty boring except that it contains the Savage She-Hulk, which the best-sculpted Hasbro Legend face yet. 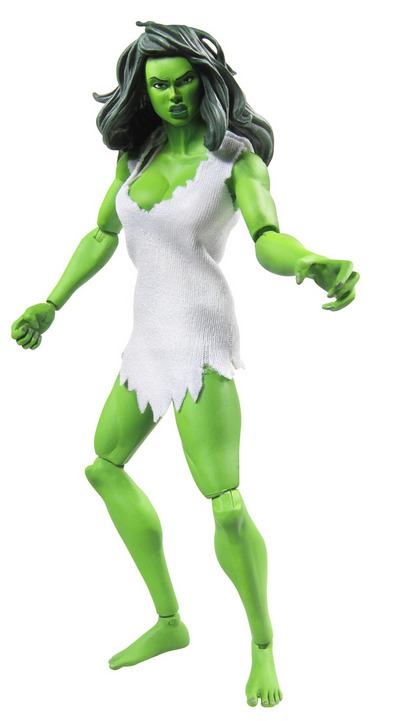