You know how Lost‘s Sawyer gives all the characters nicknames on the show? Well, ABC has made a little Sawyer nickname generator, obviously pimping the new (and still excellent) fourth season. I thought I’d try it out out as a way of sharing this little web-gem with you all, and here’s what that fuckface Sawyer has decided to name me: 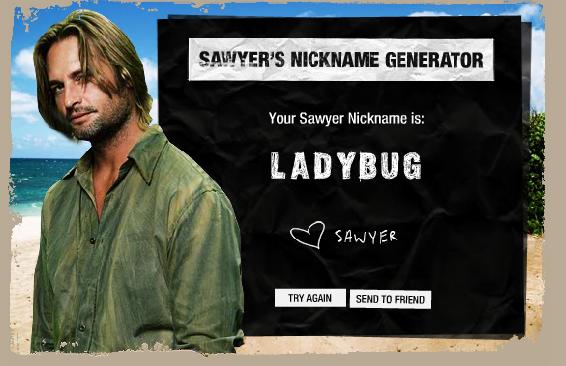 Either Sawyer read my and Frusciante’s list of the biggest assholes on Lost and is taking revenge, or I should ranked him waaay higher. Douchebag.