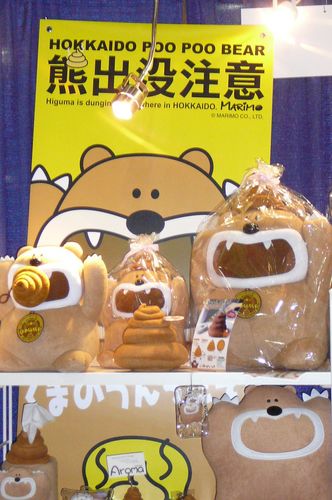 Please do not think this is an educational bear whose goal is to teach children potty-training. This bear does not want to teach. He just enjoys pooping. A lot. And possibly eating poop. I’ve actually seen this bear before, so I’m certain this company has been trotting out their plush poop bear and poop bear-adorned merchandise for years, just waiting for some toy executive to say, “A bear that loves to shit? Forget that Hello Kitty?where the hell do I sign the contract?” 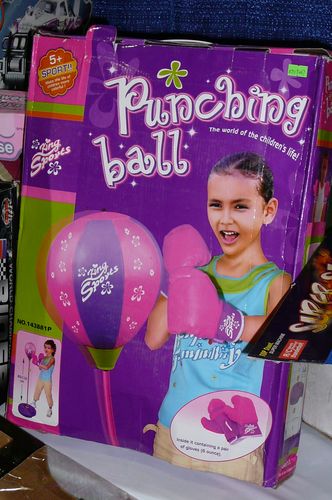 Generally, these punching bags are good fun. But a girl-targeted punching bag? Why? Why the pink and flowers? Do the makers think girls only want to beat up other pretty things? Wouldn’t a girl who loves pink pretty things be reasonably unlikely to need to vent her violent aggression on an inflatable ball? And wouldn’t a girl who wants to beat the shit out of something prefer something a little less dainty than a pretty pink “punching ball”? Even the girl on the box look confused. 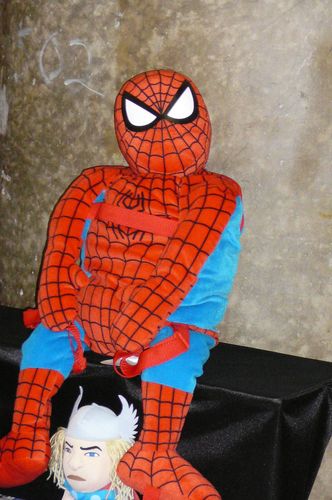 This is just the saddest thing I saw at the Toy Fair. It’s like the poor kid who couldn’t afford nice school supplies, so his mom sewed him a Spider-man backpack, except she couldn’t sew very well, and so it kind of just ended up this Spidey-colored lump. And the other kids beat up the poor kid. 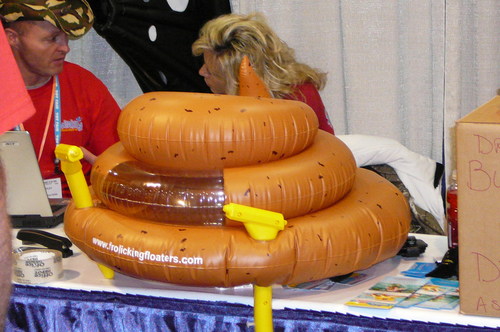 Be the most popular kid in the pool by throwing this large swirl of feces into the water! All the other kids will leave, possibly hitting you, and making you be default the most popular kid there. Frankly, I have no proof this is meant to be a pool toy, but I refuse to consider any other possibilities. 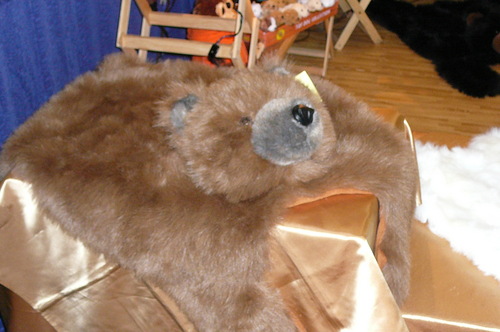 If you put one of these in a child’s room, at best, he/she will be terrified that the severed flesh of an otherwise adorable animal has been left menacingly on his/her floor. At worst, he/she decides that all animals exist solely for their decorative value, and fashions a suit from the pelts of his/her reaming stuff animals before eventually becoming a serial killer. It’s cute, though. 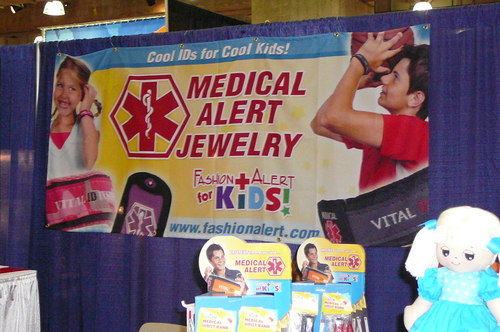 “You know what kids love? Preventative health care for seniors. Oh, and looking pretty. How do we create a toy that builds on both of those?” And thus Medic Alert Jewelry was born. Now girls can look their best while never forgetting that time Grandma fell down the stairs and broke her hip.