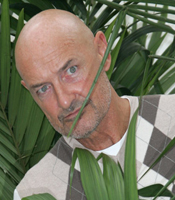 There are few things that delight the worker monkeys of Topless Robot like a titillating season of Lost. And this season is turning out to be quite awesome. In the past three episodes, we?ve already learned that six passengers from the crashed Oceanic Airlines flight 815 are rescued and brought back home, and dubbed the ?Oceanic 6.? This includes killer Kate, alcoholic doc Jack, crazy fat Hurley and torturer-turned-hitman Sayid have all made it back to the U.S. (as well as spectacularly evil douchebag but non-Oceanic passenger Ben).

That leaves two more, and we can?t stand not knowing?so we decides to come up with the answers ourselves. Here are our top 10 candidates (and their odds) to get off the island, and become the final two members of the Oceanic 6. 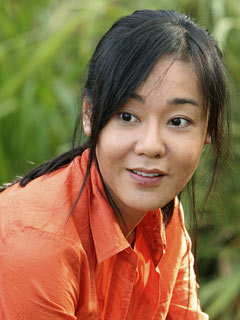 When her husband, Jin, wasn?t out wranglin? up freshi for the Losties, Sun was busy riding the Jin pony?and getting herself knocked up. Which would be exciting for this dysfunctionally married Korean couple, except that every woman who gets pregnant on the island dies while trying to keep the bun in the oven. Odds are high that this sexy mama?s looking for a ticket home. But if there was only one seat home, would she leave Jin? We?re guessing ?probably.? Odds: 1 in 2

Congratulations Aaron, you?ve played the second least interesting role on this island (no small feat). All you?ve done is suck, cry and shit for two-plus seasons now. But chances are good that you?re going home because you?re an adorable baby, and even the pathological viewers of Lost love babies. Still, we imagine your Australian mother Claire will not be coming with you, as she?s the least interesting role on the show, and will be lucky if she lives through the season. Odds: 1 in 3 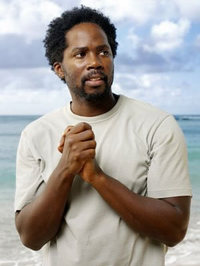 Word is that Michael is king-of-douchebags Ben?s spy/bitch on the freighter, after sailing away from the island in season 2. It helps that Harold Perrineau, who plays Michael, has been listed in the credits for the first three episodes but not yet appeared?it?s most likely he?s already off the island in some form, but now the questions is if he?ll survive meeting his fellow Losties after betraying them to become one of the Oceanic 6. Since he likely has to stay alive until we figure out what the fuck is going on with his son Walt. Odds: 1 in 4 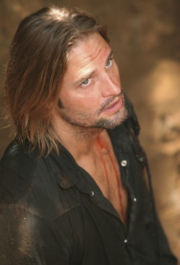 This con-artist has already stated he?s got nothing to go back home to, and, having been banging Kate for a few weeks now, is pussy-whipped enough to want to play house with her in the Otherton barracks. In fact, the only reason we?ve got him on the list is because the four Losties who have gotten off the island are all miserable (and occasionally dead), and it seems entirely possibly that Sawyer?s getting set up for some major disappointment. Odds: 1 in 8 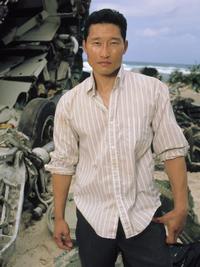 Jin?s preggo wife, Sun, may be doomed if she stays on the island to have their jungle-love child. But that?s no guarantee that this Korean gangsta?s goin? home. Jin?s chances depend on Sun, and his character might not be strong enough to land him a seat on the Oceanic Express. Plus, what are the chances that he?s going to understand the directions that would get him rescued? ?Hurry! We?re going to run through the jungle, past the black smoke monster, turn off the pylons that will otherwise electrocute us, run past the black rock pirate ship remains that we blew up with dynamite, climb down a cliff to a blue whirlybird that will take us to civilization!? However, Jin has a tendency to be included at weird times (the raft, the Tailies, etc.) so he might be a candidate, although its likely Sun would likely be dead first. Fun! Odds: 1 in 9 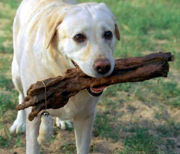 If there?s been one character on Lost who has not been an asshole/douchebag during any of the first three seasons, it?s Walt?s dog Vincent, and thus we say he stands a strong chance of getting rescued. Ever since escaping the cargo hold of Oceanic 815, Vincent has been running around the island tracking down survivors, as if begging them to come rescue Timmy from the well. It sucks that nobody can understand him. And his owner, Walt, hasn?t even come back around for a friendly haunting now and then. The happy golden lab seems quite content to frolic his life away in this jungle. But let?s face it?Lost?s creators have fucked with us far too much to exclude the idea of them giving one of the spots to a dog. Odds: 1 in 12 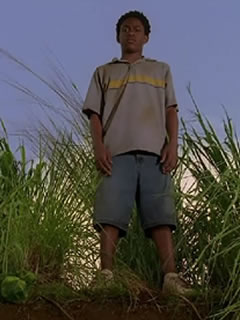 The last time we saw real Walt, he and his dad headed out into the waves of the blue yonder ? in a dingy, fully unprepared for violent weather, sharks or small waves. Good luck with that, guys. Interestingly enough, since then, we?ve only seen a taller, ghost-Walt appear before a wounded, mass-grave-ridden Locke telling him to man up, quit being a pussy and get the fuck out of said ditch. Walt may have had a connection with the island and special polar bear-predicting powers, but the power of his character sailed out to sea with the actor himself?and has yet to return?even in credits. And he might be a ghost. So chances are slim that this kid?s goin? anywhere this season. Odds: 1 in 20 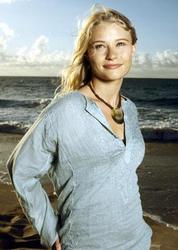 Claire?s got mama drama of her own on the island, especially since her baby?s step-daddy just drowned in a risky underwater attempt to reset communications between the castaways and the ominous rescue freighter. TR can?t put a finger on it, but we don?t think Claire?s character is strong enough to merit a ride home. Oh, wait?she?s totally uninteresting. We can put our finger on it. Odds: 1 in 42

We all know that the island heals, but nobody can appreciate that more than crippled Locke or cancer-ridden Rose. Since arriving on the island, both of these characters have been miraculously healed. With a new lease on life, Rose (ergo Bernard) are not likely to want to go home. Plus, they?re very annoying. Odds: 1 in 50

Paralysis is a pretty good motivator; if Locke goes home, he?s likely to never walk again. This survivor has made it clear that he wants to stay on the island?and in doing so, he also landed himself a prime seat on the list of 24 Biggest Assholes on Lost and he screwed over all his fellow castaways to do so. We imagine if he starts to get into the helicopter to freedom, the remaining Losties will beat the shit out of him just on principal. The only chance of Locke getting off the island is if Ben somehow tricks him off?because Ben?s ability to be an asshole is just that powerful. Odds: 1 in 100