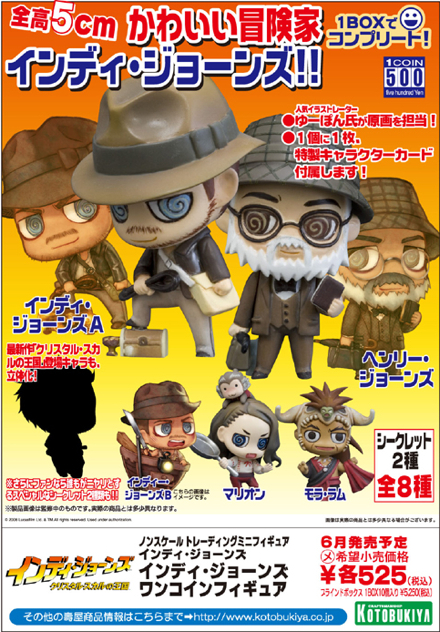 Kotobukiya was showing pics of these mini-figures at the New York Comic Con, but wasn’t allowing pics. Nevertheless, here are their incredibly anime-ted Indy figures, which will likely be sold in blind boxes. There are two mystery figures, at least one of which I’m certain is Shia the Beef, as per the upcoming fourth movie. I’m equally certain Sallah is getting screwed. (Via GearFuse)