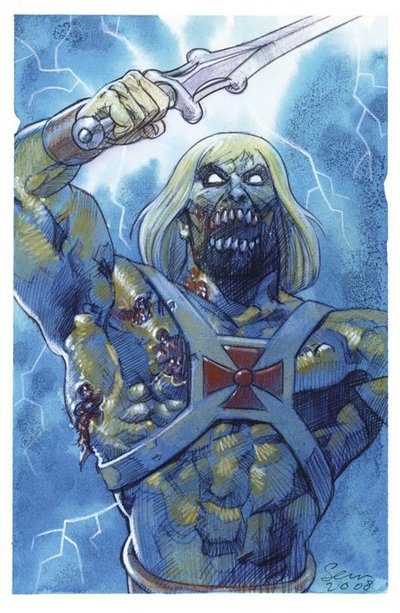 Looks like the success of the Transformers and G.I. Joe movies is getting to old He-Man. I kidding, of course! This is actually a bit of art by comic artist Sean Phillips for a fundraiser for the wonderful He-Man.org. It raises to questions for me, however: 1) how fucked would the Masters of the Universe be of He-Man actually were a zombie? (Answer: very.) And 2) although it looks fantastic, who would want a picture of He-Man as a zombie? Now, He-Man making sweet love to Man-E-Faces and Mekaneck…we know there‘s an audience for that. (Via Newsarama’s blog)