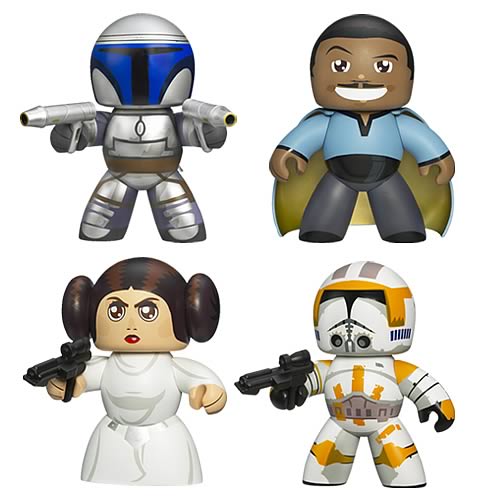 Wave 3 includes the phenomenal Lando, along with a pretty snazzy Leia for him to mack on, and a totally boring Jango and Clone Trooper. 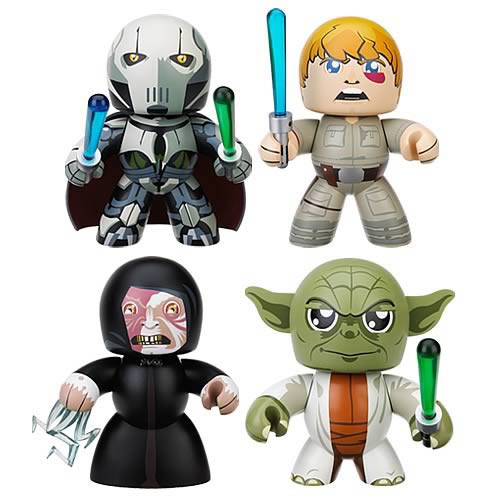 Wave 4 has an awesome Bespin Luke with pink-eye, a so-so Grievous and Emperor, and a shockingly intimidating Yoday. Seriously, with his smug, aggressive look and huge head, I’m genuinely worried he’s going to sexually assault me or something. And get away with it. You can pre-order each set of four for $50 over here, along with rather disappointingly tame maquettes of animated-style Darth Maul and old Obi-Kenobi.