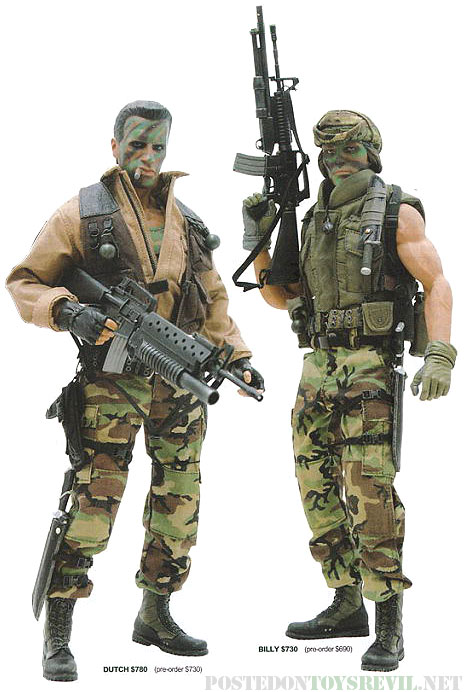 After approximately 10 bajillion Predator figures of the titular alien have been released around the globe, Hong Kong company Hot Toys has made the first?and just terrifyingly awesome?action figure of Arnold Schwarzenegger as Dutch. Look at him. Look at how awesome he is. He’s 12-inch of pure badassery in plastic form! There’s also Billy, who’s awesome but not as awesome as Dutch. Definitely check out more pics here, and keep a close watch on your favorite toy importer for when these things become available, because these thing will absolutely disappear. And then kill you in the night. And be awesome when they do it. (Via Toys R Evil)