Menu
Home
>
Daily Lists
>
Savin’ the Day: Why Daylight Saving Time Doesn’t Work, and What Can Be Done to Fix It 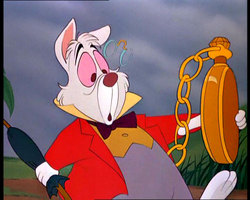 This month, our country officially begins Daylight Saving Time, and once again, we will be living a lie. What lie, you ask? The lie that we are “saving” anything.

On March 9, we “spring forward,” skipping an hour of time so that we can start the day earlier, supposedly taking advantage of the longer hours of sunlight. But what will we do in November? “Fall back,” giving that hour we saved to an increasingly ungrateful winter that regularly sends heating bills through the roof and imprudent ice skaters to the emergency room. This constant advance and retreat isn’t getting us anywhere, and frankly, I’m sick of it.

Luckily, I have come up with a proposal – a plan to make DST work for us, and not against us. In March, we should spring forward as usual, but when winter comes around at the end of the year with its hand out, we should give it nothing. Not a second. After all, I wouldn’t give a penny to a beggar in the street, so why should I give an hour of my time – of America’s time! – to a season that can’t even whip up a decent snowstorm anymore? My new strategy is called the Daylight Savings Plan (DSP), and while it may seem difficult to grasp at first, I’ve come up with a list of benefits Americans would receive under this plan that I think will persuade you of the plans necessity.

1. Yours, Mine and Hours

Under DSP, by saving that March hour and not giving it back, we as a nation have made a net profit for the year. Now we can hang onto that extra hour for something that really needs it, like a bike ride with our family or a really enjoyable conversation. And if we save hours for three or four years in a row, that’s even more time we can use on days that have traditionally been considered too short. Superbowl Sunday, for instance, has always needed more time for pre-game coverage, but there were only so many hours in the day. And if just one of those hours was given to the game itself, not only would there be more money injected into the economy by the additional advertising time provided, but the halftime show could be extended to include an entire set by classic American rocker Tom Petty, instead of just a medley of his greatest hits.

By now, some of you are thinking, “Hey, won’t nighttime start later and later as we save hours?” The answer is yes, but this is a crucial part of my plan. Now let me ask you a question: Why has the solar-powered car constantly been a failure on the American market? Easy: Because Americans like to go out at night, getting a bite to eat and maybe taking in a show – which is completely impossible in a solar-powered car because there’s no sun! Under the DSP, daylight would last one hour later into the night each year, so in five or six years a solar-powered car could safely drive you home from a medium-length movie like National Treasure: Book of Secrets (2 hours, 4 minutes), as long as it didn?t start any later than 9:00. This convenience alone would be enough to drive sales of solar-powered cars into the stratosphere, up from their current sales numbers of three per year, and thereby reduce America’s dependence on fossil fuels. Of course, morning commutes would take place in complete darkness, so we would probably need to build a network of nuclear-powered monorails to handle the massive load of stranded commuters, but it’s a small price to pay for saving the Earth.

3. Every Year a Leap Year

After 72 years of time-saving, we would have enough hours to put three full days back onto the calendar. But where do we need extra days? The answer is clear: February. Three years out of four, February is a day short, able to come up with only 28 out of 29 possible days. As a result, our country is running dangerously low on citizens with a February 29th birthday, and if we don’t shore up our numbers we could be surpassed by the Iranians, who reportedly have the capability to artificially create February 29th under laboratory conditions. Whether they will be able to do it practically remains to be seen, but I certainly don’t want to be caught with my chronological pants down. Granted, we would only be able to create three new Leap Years every 72 years, so we may need to borrow against future saved hours at first, just to get started, but eventually the plan will pay for itself, time-wise.

If we keep the DSP running for 336 years (and barring any massive climate changes or orbital shifts, I don’t see why we couldn’t), everyone in America would have accumulated 336 hours, or a full two weeks. That means two weeks’ vacation where nobody has to worry about work and their kids don’t have to worry about school, if such archaic concepts as “work” and “school” still exist in the year 2344. Imagine, if you will, the entire country taking a vacation at once, traveling abroad to see the sights of the world. Of course, if Europe were also to adopt the DSP (they currently have a version of the DST called “Summertime”), we probably wouldn’t want to go there, since most of them would be on vacation as well. Which means we?d need to leave some people behind to run all the hotels and restaurants, so the millions of Europeans who took their vacations at the same time as us wouldn?t be hanging around in our nation’s lobbies and waiting areas with nothing to do.

Depending on the outcome of this year’s election, and whether or not the right people in Washington received my faxes, this plan could take effect as early as next year. (I?m hoping that having to give an hour back on November 2, two days before we choose our next president, will have an effect on the way people vote.) So start thinking about what you?re going to do with your extra hour, whether it’s saving it for a future time crunch or simply using it to hug a puppy longer. Either way, time will really be on your side – for once.