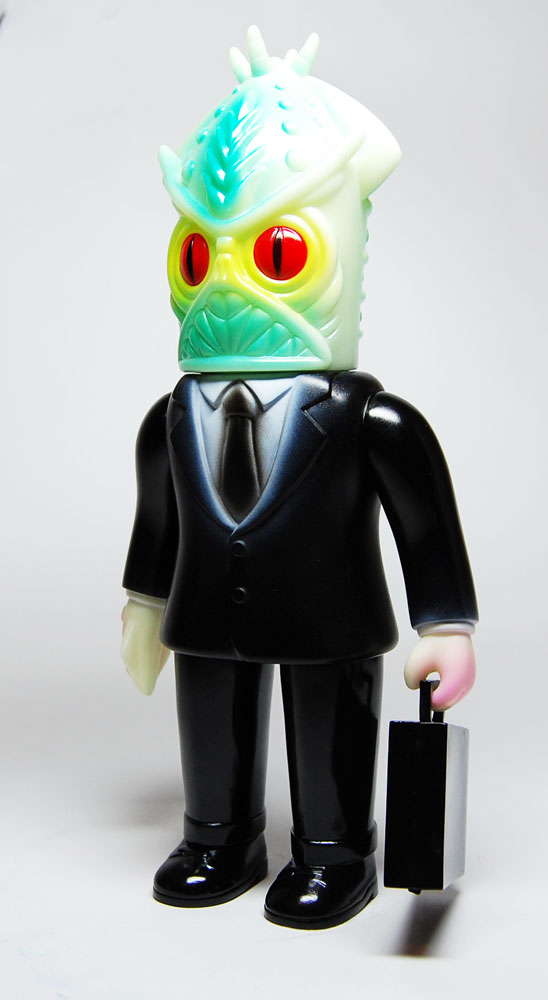 ToysREvil.com has a pic of this savvy businessman, dubbed Salary Ika by creator Frank Kozik. He’s 9-inches of deal-making, coffee-drinking, spreadsheet-terrorizing monstrosity, and due to start work in April. Think he’s got a secret schoolgirl uniform strap on his cellphone, though?