Every culture has their hard drinkers. But while the Russian vodka enthusiasts and the bar-hopping Japanese salarymen are small segments of their respective populations, we as a nation have somehow given the entire country of Ireland, as well as multiple generations of Irish-Americans, the reputation for being a nation of never-sober, brawling boozehounds. We tried to find where these stereotypes came from, and came up with this short list of the five Irishmen who best embodied the myth.

The alcoholic Irish writer is practically a stereotype in and of itself, right up there with alcoholic parents of Irish writers. But while Oscar Wilde and William Butler Yeats would sit around and come up with clever quips about drinking, Joyce was out there in the streets, going on binges and getting in fights, and only while recuperating in the care of friends and acquaintances would he write great literature. This morning-after creativity may be why his first poetry collection, Chamber Music, was named after the sound of piss hitting a chamberpot. (Its original title was Why the Hell is it so Bright in Here?) 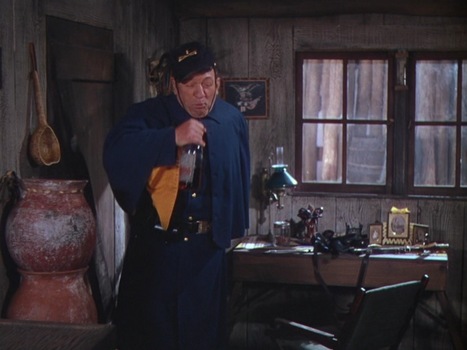 While not actually Irish, McLaglen played so many boozy Irishmen that he might as well be one. Be it his Academy Award-winning role in The Informer, his brawl across the Irish countryside in The Quiet Man or the drunken hat-trick that is John Ford?s cavalry trilogy (Fort Apache, She Wore a Yellow Ribbon and Rio Grande), McLaglen practically wrote the book on Irish drunks in Hollywood, although the entire cast of The Quiet Man helped. 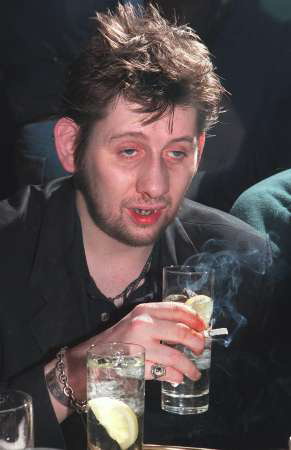 The ex-lead singer of the legendary Irish folk-rock-punk the Pogues, McGowan was actually kicked out of the group for his excessive drinking and fighting, which seems unfair given that his slurred, indecipherable vocals were part of the band?s appeal. More recently, he holed up in a hotel for a month to write a book about his exploits, and ended up not being able to leave, because he was unable to pay his bar tab. The total? Almost $4,000. Also, look at him.

The younger generation may know Irish-born O?Toole better for being that guy that Bill Heder impersonates (brilliantly) on Saturday Night Live, but cineastes and comedy connoisseurs know O?Toole for his numerous roles, both dramatic (Lawrence of Arabia) and comedic (Bedazzled). And while the latter roles often involved a penchant for alcohol, he was also a drinker in real life, having woken up in strange apartments?and strange countries?after days of drinking with contemporaries Richard Harris, Richard Burton and even Michael Caine. Also, he somehow ended up cast in High Spirits, co-starring Steve Guttenberg?which he couldn’t possibly have agreed to while sober. 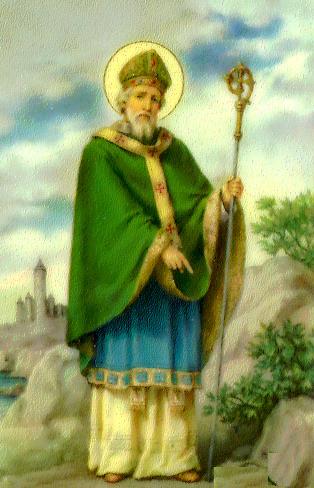 While it?s hard to separate the fact from the fiction when it comes to a 5th century religious figure, his canonized status leads us to have a little faith when it comes to St. Patrick?s role in the introduction of alcohol to the Emerald Isle. While some claim that distilling was invented in the year 800 by the Persians, we?ll go with the legend that says Patrick brought it back to Ireland in the 400s, and that he had his own personal brewer. We also choose to believe the story that says he once got shorted on a shot of whiskey in a bar, and got so mad that he put a demon in the innkeeper?s basement. If that seems a little harsh, just remember that this is the guy who drowned all of the snakes in Ireland, just because they kept looking at his girlfriend.