So this is neat. If you’ve read Alan Moore’s Watchmen, you might remember there’s an old EC-style comic in it that some kid is reading, called Tales of the Black Freighter. It’s basically about a dude who lands on an island and goes crazy, much like one of the main Watchmen characters goes crazy at the same time. 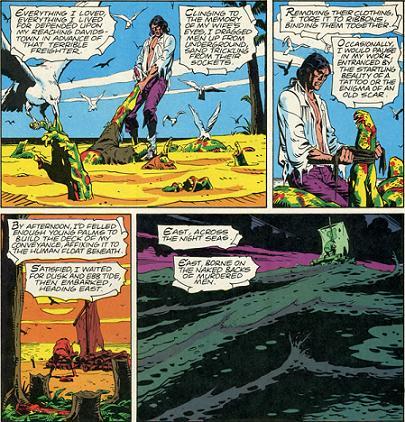 Anyways, ICV2 says Watchmen director Zack Snyder is having Tales of the Black Freighter animated, and plans to include it on the Watchmen DVD; the voice of the crazy person will be done by 300‘s Gerard Butler, who clearly still owes Snyder a solid for making him a star. ICV2 also says it will be an anime, but gives no reason for saying so. At any rate, this bonus is totally unnecessary, but rather impressive; frankly, fanboys should be on their knees kissing Zack Snyder’s feet for his commitment to nerdery.