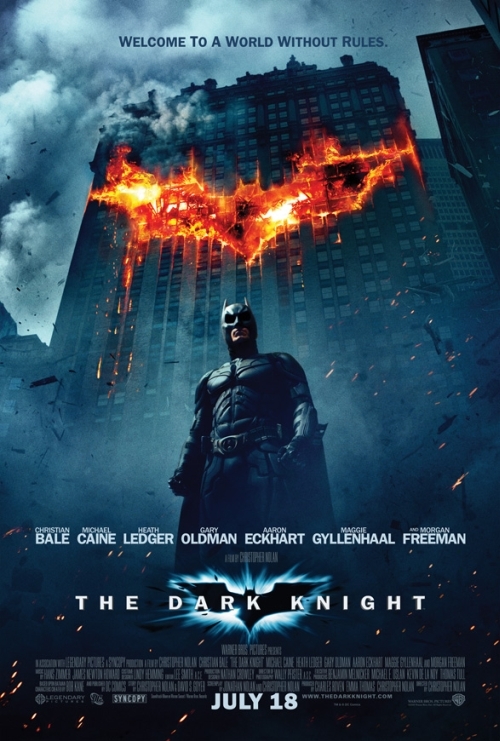 You’d think with the Joker running around Gotham City that Batman would have better things to do than set elaborate, bat-shaped fires on the sides of buildings, but as this new Dark Knight poster shows, apparently not. I think this is setting up for a major fight between Batman and Smokey the Bear in the next movie, though.